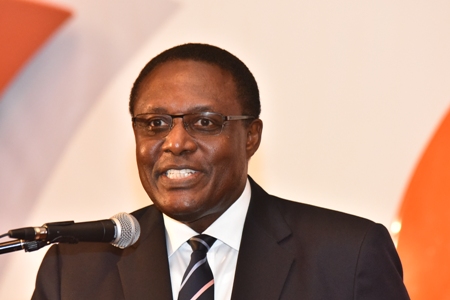 Indigenous bank, Fidelity, has disclosed that it is working to list on the Ghana Stock Exchange, at least within the next two years.

The bank also believes the move will among others propel it into the top three banks in the short to medium term.

According to the Managing Director of Fidelity Bank, Jim Baiden, specific decisions on the percentage to be floated to the public are yet to be determined though management has approved an Initial Public Offer (IPO) of the company.

“We have plans to do an IPO; it is foreseeable that within the next two to five years, we will open up the bank and invite local shareholders to take equity in the bank because we are a Ghanaian bank and are therefore willing to invite people who are interested in investing in banking services to do so,” he stated.

The MD added, “The fine details are yet to be determined but the plan to engage in an IPO has been approved by our Board but we haven’t started work on it yet.”

Mr. Baiden made the remarks at an event to launch Fidelity bank’s Prestige banking services and appreciate some of its customers.

Explaining the rationale for the product, Jim Baiden said, “the objective of our refreshed prestige offering is to get more personal with our clients…with Fidelity’s prestige offering, we are creating a whole new banking experience with convenience, ease and quick financial solutions.”

For his part, the Group CEO of Fidelity Bank, Edward Effah recounted the successes by the bank since its inception as a discount house some 18 years ago through to becoming a local bank in 2006.

He also assured of ‘leveraging on the bank’s partnership with IBM to use technology advancement to improve on its partnership and systems.”

Among the couple of syndicated loans that Fidelity Bank has been part of is the current 1.8 billion dollars cocoa syndicated facility signed for the purchase of cocoa beans for the 2016/2017 cocoa crop year.

Fidelity Bank was issued with its universal banking license on 28th June, 2006.