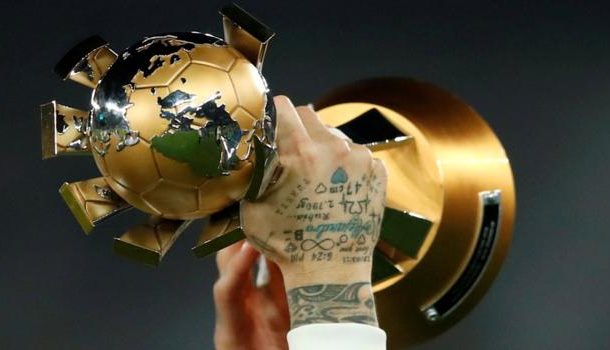 Top European clubs have told Fifa they would boycott the revised Club World Cup which is scheduled for 2021.
The European Club Association (ECA) says any new competitions should be part of an agreed framework for the international match calendar post-2024.
ECA board members, including Manchester United's chief executive Ed Woodward, signed a letter expressing concerns.

"[We are] firmly against any potential approval of a revised CWC - no ECA clubs would take part," it said.

The Club World Cup is currently held every December and features seven teams from six confederations.
The revised competition would involve 24 teams - including eight from Europe - and take place from June to July.
The ECA's letter was addressed to Uefa president Aleksander Ceferin who has been asked to act as its representative at the Fifa Council meeting, which is taking place in Miami.
The letter, obtained by BBC Sport, stated that there should be no changes to the current fixed international match calendar (IMC) which runs until 2024, and raised concerns about fixture congestion.
It said: "We wish to restate the position of ECA: (a) ECA is unwilling to consider any new or significantly revised competition prior to a holistic assessment of the IMC post-2024 being conducted and an agreement as to its underlying principles being reached; and (b) in any event, a Club World Cup in June 2021, as proposed by Fifa, is not acceptable in light of the existing competitions and the IMC, which is fixed until 2024."
According to a Fifa document seen by Associated Press, it has been proposed the tournament would run from 17 June to 4 July, with 2022 World Cup qualifiers (31 May to 8 June) preceding it and the African Cup of Nations and Concacaf Gold Cup possibly taking place from 5 July to 31 July.
Fifa said it was aware of concerns of "serious interference with critical matches" but added that members of its own task force "felt that it was feasible to play the Club World Cup" during that period.Source: bbc.com