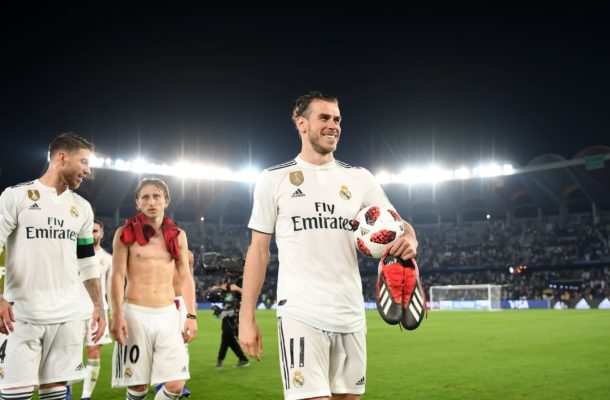 Some players are adept at scoring against a particular team. Others seem to draw inspiration from performing in a specific stadium. As far as Gareth Bale is concerned, it appears that the FIFA Club World Cup is a true source of motivation for him.

During Real Madrid’s first outing at UAE 2018, the dynamic Welshman scored a hat-trick against Asian champions Kashima Antlers to secure the Spanish club’s spot in the final of the prestigious competition. In fact, Bale’s statistics in the tournament are nothing short of remarkable:

"It’s a fantastic tournament, especially because it’s one of the most difficult to qualify for,” Bale told FIFA.com while his team-mates queued up to sign the match ball, as tradition dictates.

The attack-minded Wales international did not take part in Real Madrid’s last match in La Liga because he was still suffering some discomfort in his right ankle. Injuries have often complicated his career, and prior to Wednesday’s encounter, he appeared particularly focused, warming up carefully and testing out each movement.

“I felt really good,” he said. “I don’t worry about it. I just have to keep at it, to keep training so that I can play at my best and help my team as much as I can.”

Clearly grateful to Marcelo for his two assists during the match, Bale was keen to stress the importance of team spirit and a winning mentality within the Real dressing room: “The most important thing is that the team wins; it doesn’t matter who scores the goals as long as we win. The aim was to reach the final, and now our objective is to lift the Cup.”

On Saturday, Los Blancos will therefore attempt to clinch their fourth Club World Cup and become the most successful side in the history of the competition. As for Bale, due to the fact he missed out on his team's 2016 triumph in Japan through injury, if Real come out on top against hosts Al Ain, he will boast the same number of winners’ medals as the number of goals he scored against Kashima: three.