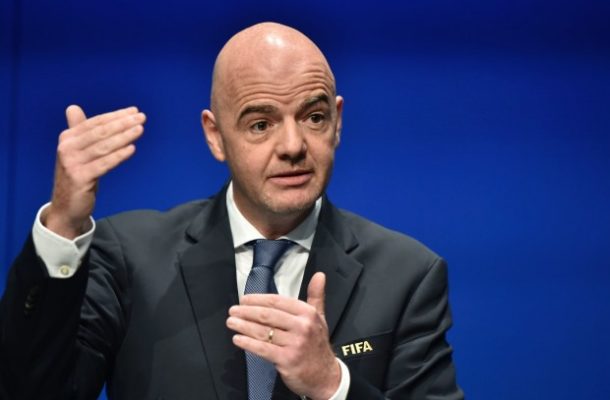 FIFA have proposed the creation of an African Super League featuring the biggest clubs on the continent that could generate an estimate of $200m (R2.97bn) in revenue.

In a meeting with the International Sports Press Association (AIPS) in Budapest, FIFA President Gianni Infantino claimed they are ready to change the outlook of African football.

With a new competition proposed by the Infantino, the pan-African league developed in conjunction with the Confederation of African Football (CAF) is aimed to become one of the top 10 competitions in world football.

"I want to create a real pan-African league that would feature 20-24 clubs with a maximum of maybe two clubs per country that would still play in their national leagues but that would play during the year so we can really crown the club champions of Africa," he said, as per Reuters.

FIFA said in a statement that the permanent member clubs would be urged to provide an investment of $20 million annually over five years and would also have to meet other participation criteria such as investment in youth and women's football.

He went on to discuss the shortcomings of the current systems as well as addressing the long-term plans of sustainability and growth.

"We have had some serious problems in Africa and it has to change. It has to change the way of how to do business, it has to take on board the basic elements of good governance," Infantino explained.

"There needs to be proper competition infrastructure. I think it is fair to say that competitions in Africa are 30-to-40 times less successful than in Europe."