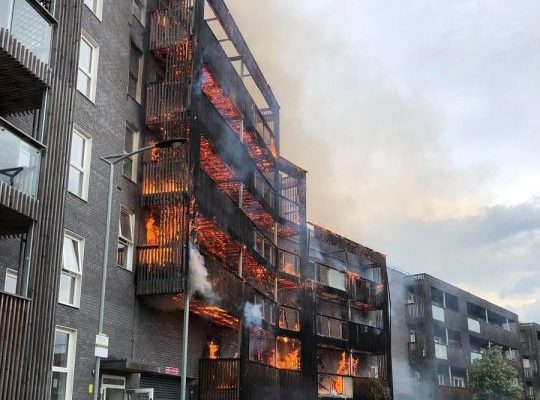 A huge fire has ripped through a newly built block of flats in east London and about 10 firefighters are battling to put out the fire.

The fire broke out on De Pass Gardens in Barking on Sunday afternoon June 9th.

Videos from the scene shows the building engulfed from the ground to the sixth floor. 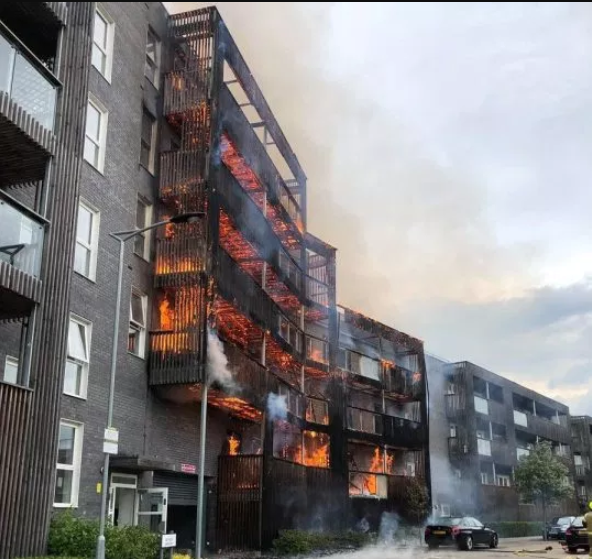 Fifteen fire engines were deployed to tackle the blaze.

A Met Police spokesperson said there had been no reports of injuries at this stage and evacuations are in place.

The London Fire Brigade (LFB) said in a statement: "Fifteen fire engines and around 100 firefighters have been called to a fire at a block of flats on De Pass Gardens in Barking.

"The ground floor to the sixth floor of the block are currently alight.

"The Brigade was called at 3.31pm and is still at the scene. Fire crews from Barking, Dagenham, East Ham and surrounding fire stations are at the scene.

"The cause of the fire is not known at this stage." 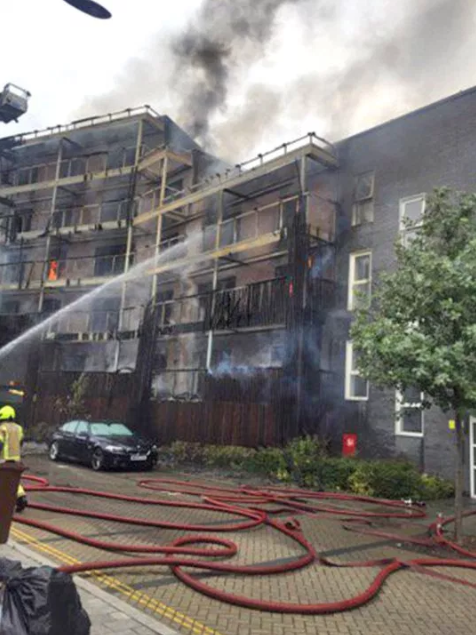 Barking and Dagenham Police said on Twitter: "Police on scene with London Fire Brigade at De Pass Gardens, Barking dealing with a major incident, whereby a block of flats is alight. Evacuations are in progress and road closures are being implemented." 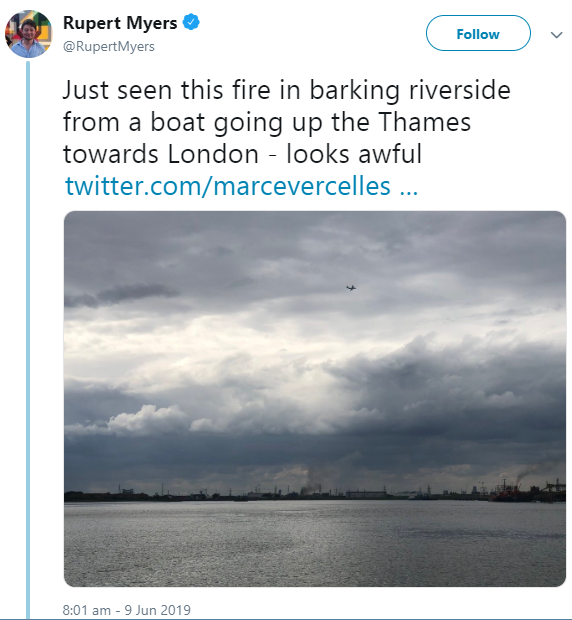