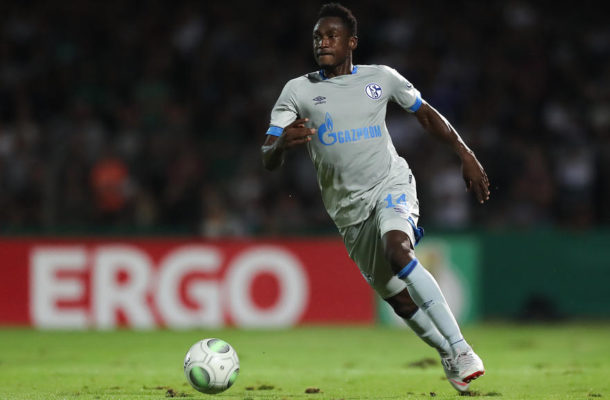 Baba Rahman is looking to establish himself as first-choice defender for Schalke 04 after making his first start in close to two years over the weekend.

The Ghanaian international played full throttle as the Blues beat fourth division side FC Schweinfurt 2-0 in the German Cup.

After months of injury, the Ghanaian hopes to finally make the breakthrough at FC Schalke this year; "I felt very well, the strength was back, I feel 100 percent again".

Despite Schalke signing 20-year-old Hamza Mendyl from Lille this summer as competition for the left-back spot, the Chelsea-owned star reckons he will be in the lineup for the Bundesliga kick-off next weekend at VfL Wolfsburg.

"Yeah, everybody wants to play, I've been with this team for a long time and he [Hamza Mendyl, editor's note] is new."