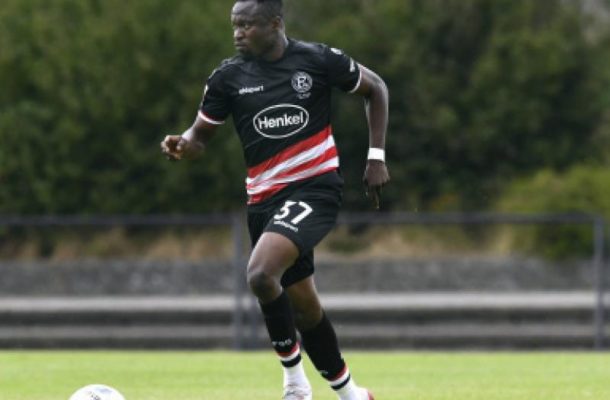 Fit again Bernard Tekpetey will not be a part of Fortuna Dusseldorf's squad as they play FC Cologne in the German Bundesliga.

The Ghanaian missed the last week's 0-0 draw with Paderbon due to an injury but is fit but this game comes too early for the winger along with star man Dawid Kownacki .

Both players have been training within the week in anticipation of making the match day squad for the derby clash against FC Cologne at the RheinEnergieStadion on Sunday.

Coach of Fortuna Dusseldorf, Uwe Rosler has given updates about his team ahead of their much anticipated encounter.

"Dawid Kownacki could be for the first time since his injury are back in the squad, but with Bernard I'm not sure,”said Rösler.