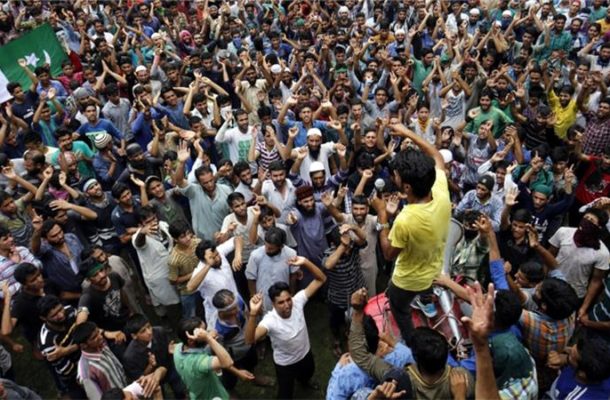 At least five people have been killed and over 20 injured as fresh clashes broke out between protesters and security forces in the India-administered part of Kashmir, police said.

The latest deaths have taken the toll to 63 in demonstrations in towns and villages across the disputed region, which were sparked last month by the killing of a young opposition leader, Burhan Wani.

The Kashmir Valley has been under a strict curfew, but protesters continue to take to the streets shouting anti-India slogans, some of them hurling stones at security forces who try to disperse them with force.

In Beerwah area of Budgam district, paramilitary forces fired at a group of stone-throwers on Tuesday as the protesters broke through barricades. Four were killed and at least 10 injured, a local police official said.

In neighbouring Anantnag district, another person was killed after security forces began firing at a mob throwing projectiles in Larkipora village, police said.

Kashmir is divided into two parts, one administered by India and the other by Pakistan.

Seven fighters were killed by security forces on Monday. Five had been trying to sneak across the border with Pakistan and two had attacked security forces in Jammu and the Kashmiri capital Srinagar, killing a paramilitary officer, police said.

There is a strong anti-India sentiment in the Kashmir Valley region which has seen a huge buildup of troops tasked with containing the opposition movement.

The troops have sweeping powers to search, arrest and even shoot on sight in special circumstances.