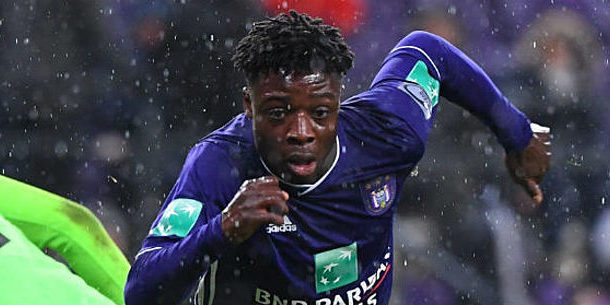 Former Anderlecht youngster SebastiaanBornauw has named his pick of one Anderlecht player who can make it in the German Bundesliga.

Sebastiaan Bornauw traded Anderlecht for FC Köln last summer with major league on break due to the coronavirus pandemic, the Belgian youth international has been speaking about his former club.

When asked which Anderlecht player could succeed in the Bundesliga, he did not have to think long.

“Jéremy Doku! With his speed ... for a boy of eighteen (Doku only turns eighteen at the end of May, red) he is also very strong physically. I think a country like Germany could also teach him a lot mentally. He could certainly succeed here. ”

“I was able to follow the Anderlecht season quite well. We played at the same time quite often, but when possible I watched live. ”

“It was not a great season for Anderlecht, but towards the end it made a lot of progress. Everyone might have expected it to go faster, but I'm glad it went better in the end. Because they really deserve that. ”

The Belgian born Ghanaian youngster has made 21 appearances in the Belgian Jupiler Pro League scoring three goals and providing three assist but has been tipped for a move out of Anderlecht in the summer.