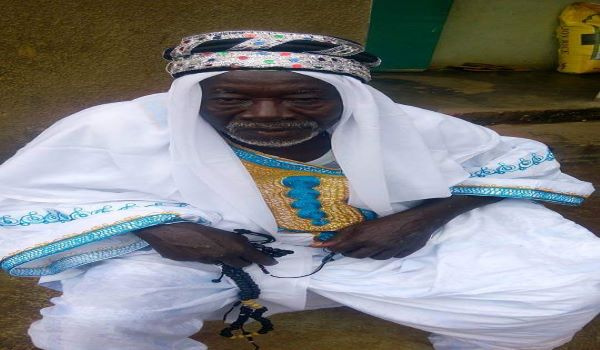 A former National Democratic Congress (NDC) Chairman for the Damongo Constituency in the Savannah Region Alhaji Fushieni Mprah has passed on.

He died at Tamale last night but the body has been brought to Damongo today and preparation is underway for his burial.

It will be recalled that former President John Dramani Mahama during his recent visit to the Savannah Region paid a call on him on his sickbed in Damongo.

Alhaji Fuseini succeeded the Chairmanship from late Chairman FM Seidu when the party was in opposition under the erstwhile Kuffour administration.

The late Alhaji Fushieni who was a wealthy farmer contributed so much in terms of financing the NDC party in the area.

His efforts saw a significant change in the Damongo Constituency that increased votes for the NDC party under the President Attah Mills in the Constituency which then was dominated by the NPP with Late Hon Alex Sofo as the Member of Parliament.

Alhaji Fuseini made a significant effort in making sure Hon. Sammy Wusah snatched the seat from the NPP in 2008 and since then, the seat has been a safer one for the NDC with votes continuously increasing for the party.