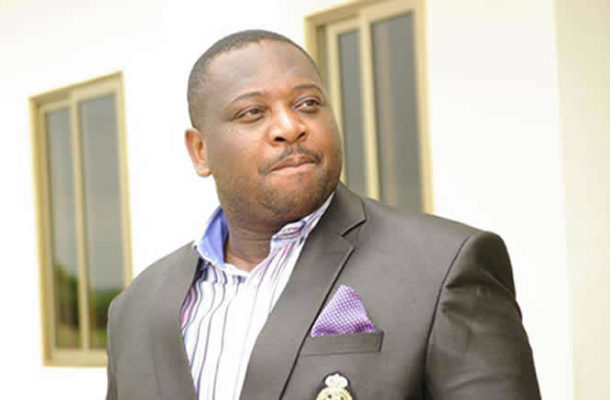 There is widespread belief among the football fraternity in Ghana that Randy Abbey, a former executive of the federation, masterminded the potentially-explosive investigation on the game in the country by investigative journalist Anas Aremeyaw Anas.

As has been extensively trumpeted by media cronies of Abbey, the investigation by Anas would bring down the leadership of the Ghana FA to ensure they take charge of the federation.

Several officials of the federation and clubs owners in the country are now convinced that the utterances and revelations by the owner of Heart of Lions indicates that he hatched the plot.

Other pronouncements by Abbey’s key allies in the ‘Coffee Shop Mafia’ is also another evidence of the former GFA spokesman’s deep involvement in the investigation calculated to bring the system down.

Kwaku Baako, a leading member of the Coffee Shop Mafia and a close friend of Abbey, was the first person who revealed the details of the impending outcome of the investigation.

Baako went further to conclude that the revelation of the video would bring down people in office at the GFA describing the investigative piece as ‘explosive’.

“Explosive myth, it is a dynamite,” Kweku Baako summed up the work of the undercover journalist on Abbey’s programme on Metro TV’s Good Morning Ghana.

“It hurts to see a fine gentleman, people you like, becoming a casualty,” he said, sending fears to many including his host Randy Abbey who enquired if he was one of the casualties.

Mr. Baako who is the Editor-in-Chief of the New Crusading Guide was emphatic that the video will cause “irredeemable” damage to persons exposed.

“Any person trapped there cannot redeem himself…Anas doesn’t make allegation,” he teased, “anybody caught there and seen by the public would be in big, big trouble”.

Few days later another collaborator of Randy Abbey, Kwami Sefa Kayi, also went on to make his claims about the investigation saying the arch critic of the GFA Songo would be vindicated by the work of Anas on Ghana football.

“We recently hosted a tournament and I am aware that Ghana won that WAFU tournament against Nigeria, Sefa Kayi said in an interview even though he claimed he had not seen the video.

“I have not said I have watched the video but when we talk about football it involves referees, GFA officials and other personalities.

“But after the video, my brother Songo [Patrick Osei Agyemang] will be applauded for the good work he has been doing for mother Ghana,” he added.

Three days after Sefa Kayi also joined in Randy boasted that Anas has been his ‘small boy’ for over 20 years and revealed how the journalist will show his investigation to the world including the BBC.

“I know Anas Aremeyaw Anas extremely well. He has been my small boy for over 20 years now,” Abbey said on Nhyira FM over the weekend.

The former GFA executive, who wants to play a key role on who becomes the next Ghana FA President, revealed details of how Anas would broadcast his investigations on Ghana football including an airing on the BBC even though the journalist or the British broadcaster had not revealed it.

“The Anas video has been translated into 17 different languages by the BBC to give chance for their over 70 million viewers the opportunities to watch and understand.

"After airing the video in Accra, Kumasi, Tamale, and Takoradi. The BBC will then transmit the video. Three days after, the local television stations can show the video," Randy revealed.

These set of extraordinary coincidences have led to the widespread belief that Abbey is behind the investigation on Ghana football which could pave the way to achieve his lifelong ambition of taking charge of the federation.

Abbey, who was a former spokesman for the GFA, has never hidden his desire to return to the federation and play a key role over who is the next leader.

The television broadcaster is said to be seeking revenge on federation officials after he became unpopular among the football electorate when he was part of the Executive Committee few years ago.

He has openly blamed the sitting president of the GFA Kwesi Nyantakyi for not supporting him during an election which led to him losing his seat on the Emergency Committee even though many voters had labelled him as ‘arrogant’.

Abbey recently vowed that he will help anyone in their desire to unseat Nyantakyi.