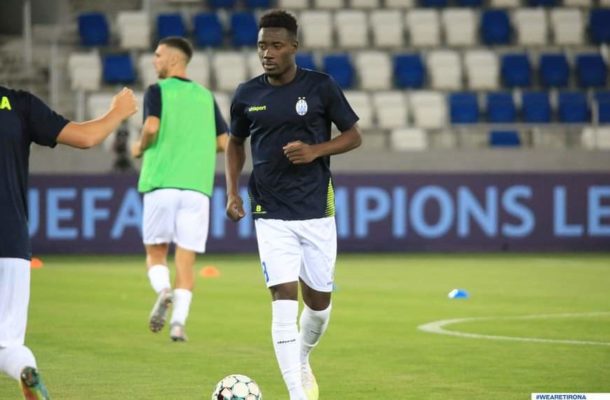 Ghanaian International Winful Cobbinah has earned an Albanian citizenship and passport which now makes him a citizen of the European nation.

This move could also hasten any future nationality switch to play for the Albanian national team.

The creative midfielder has been in an impressive form for the Albanian Champions helping them win their first league title in 11 years last season.

Cobbinah joined the Albanian outfit two year ago from Accra Hearts of Oak and has since been an integral figure of TK Tirana.

Albanian President Ilir Meta granted the Ghanaian midfielder full citizenship despite the player not meeting the required five years before residency can be given.

Winful Cobbinah was part of the Black Stars B squad that won the 2017 WAFU Zone B tournament hosted by Ghana at Cape Coast before leaving for Albania.

The citizenship was granted after several public outcry for the talented midfielder to be made a citizen of the European nation.

It is believed in some quarters that it may be the first step by the Albanians to woe the Ghanaian midfielder to play for them with FIFA relaxing the nationality switch rules.

Cobbinah has in the past represented the Black Stars in a handful of games while others believe it may be a way to go around the homegrown rule by UEFA. 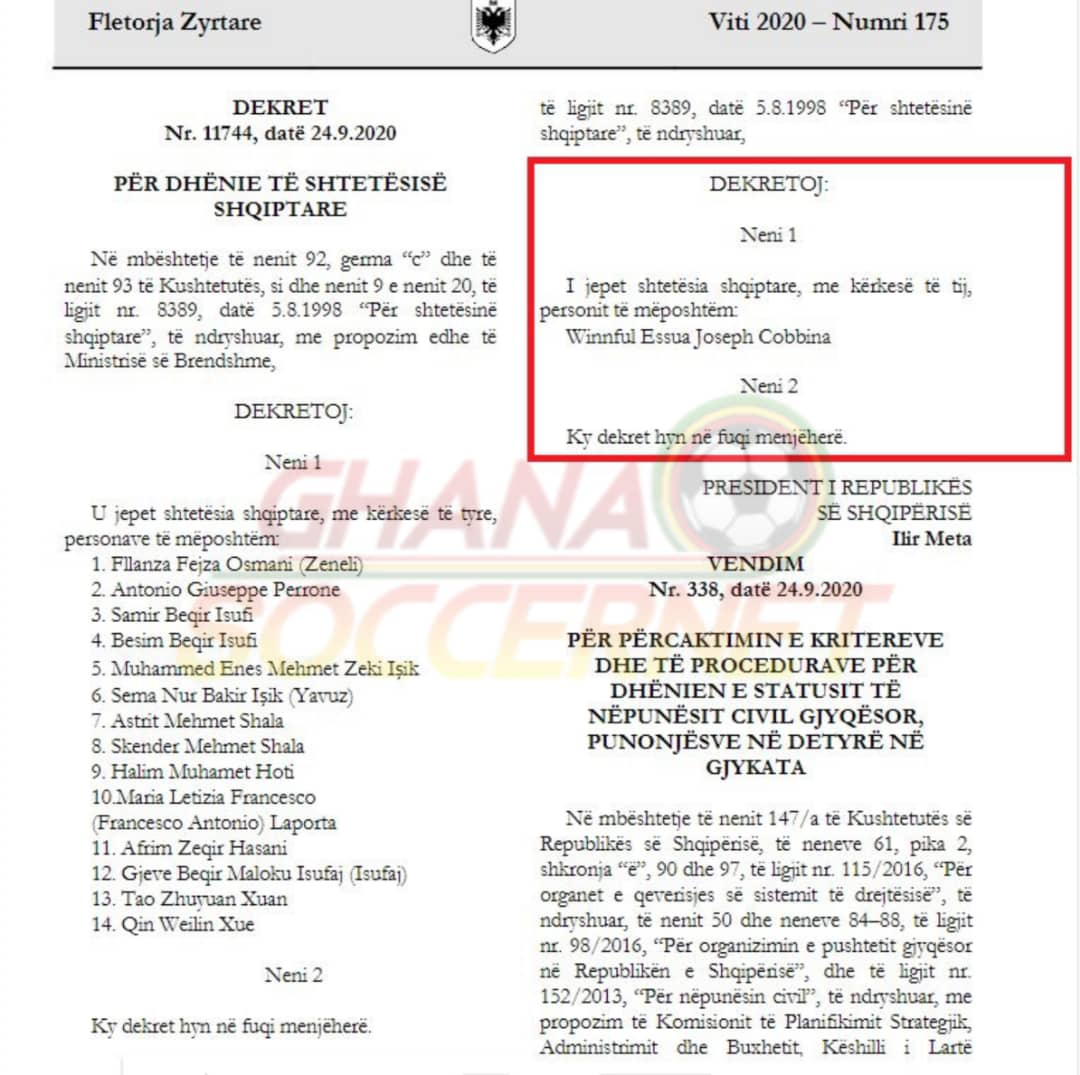