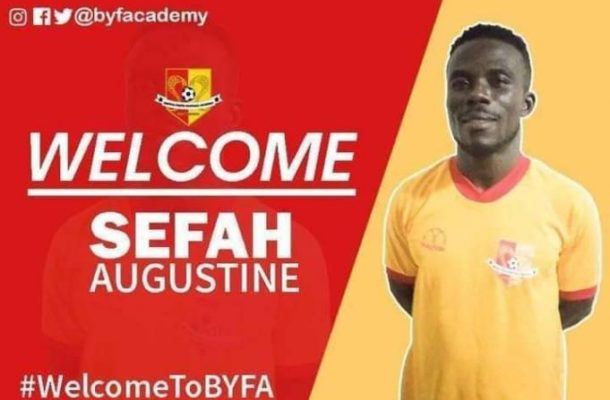 He joins the lower tier side on a short term contract till the end of the 2020/2021 season.

Augustine Sefah has been unattached since leaving Kumasi Asante Kotoko in October 2020.

The veteran right back joined the porcupine warriors from Ashantigold in 2017 and spent three seasons with the Kumasi based club after the expiration of his contract.

He made his debut on Wednesday when his new side Bekwai Youth Academy played with Achiken FC in the Division One.

The veteran right back has in the past played for Medeama  and Ashantigold.