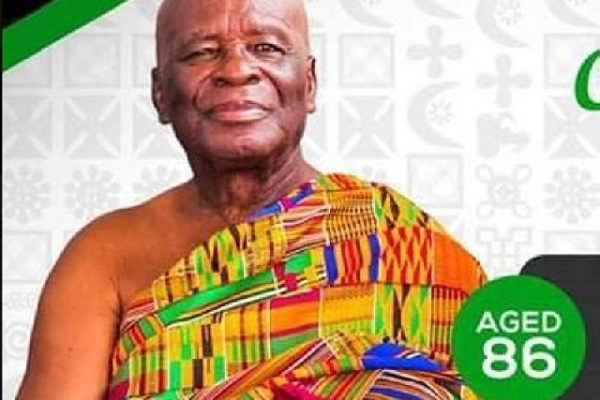 A former Kumasi Mayor who passed on in January this year, Barima Akwasi Agyeman, has been laid to rest.

The former Deputy Minister for Environment in the erstwhile PNDC Administration was laid at the Breman Royal Mausoleum in Kumasi in the Ashanti region on Monday.

Okumkom, as he was affectionately called, was a royal at the Manhyia Palace, the seat of the ruler of the Asantehene.

The Asantehene Otumfuo Osei Tutu II sat in state to exchanged pleasantries with those who came to mourn with him.