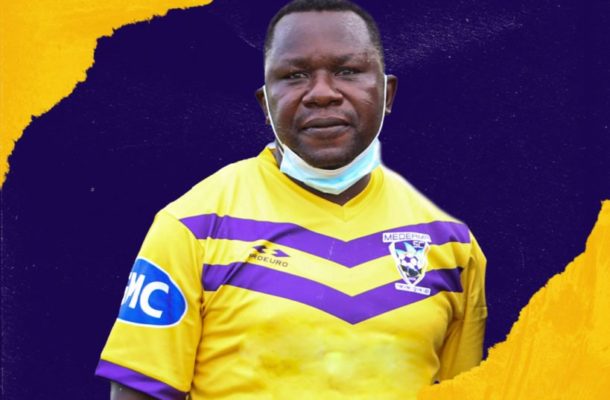 The Tarkwa based club on November 1,2021 announced that they have terminated the appointment of their technical director barely seven months after he was appointed by the club.

Ablade joined the Mauve and Yellows on a three-year deal back in February 2021.

According to Kumasi based Pure FM, the former Ghana youth player has filed a petition against his former side with the GFA for wrongful termination of his contract.

But after the seven months the two parties have parted ways following a discussion on the direction of the club.

The 37-year-old took over the reigns from Augustine Evans Adotey who left the club in 2017.

Ablade, who was a member of the Ghana U17 team that finished 3rd in New Zealand 1999, arrived in Finland in 2004 and featured for clubs including KuPS and AC Oulu.

He is the father of Fulham FC youngster Terry Ablade.

The UEFA Pro License coach also holds a certificate in Science in Sports as well.