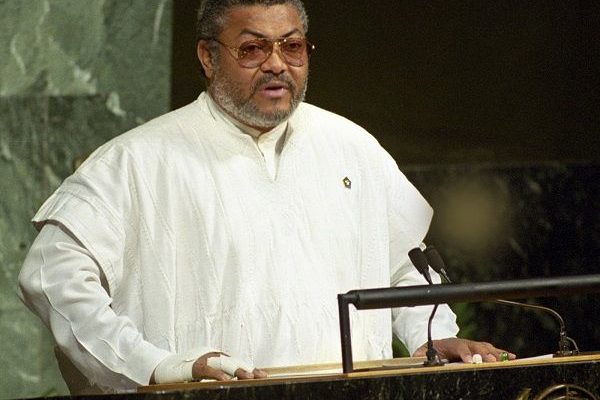 The four-day state funeral of former President Jerry John Rawlings, who passed away on Thursday November 12, 2020, begins on Sunday, January 24.

According to the programme of activities outlined by the Government in collaboration with the family of the late former President, the state funeral begins with a Catholic Requiem Mass on Sunday, January 24 at 14 hours at the Holy Spirit Cathedral, Accra.

This will be followed by a night vigil at the Air Force Officers Mess, Giffard Road, near El-Wak Stadium, Accra.

Laying-in-state would be from day two, Monday, January 25, at the Accra International Conference Centre from 0800 hours to 1700 hours.

On day two, between the hours of 0800 and 1700, the heads of security agencies, leaders of political parties, staff of the Office of former President Rawlings, traditional/religious leaders and the public would file pass the mortal remains of the late former President.

On Tuesday January 26, President Nana Addo Dankwa Akufo-Addo and Vice President Dr Mahamadu Bawumia together with their wives would pay their last respect to the late former President.

The Speaker of Parliament, former Speakers, the Chief Justice, former Chief Justices, Justices of the Supreme Court, Members of Parliament (MPs), former ministers of state and members of the diplomatic corps would also have their turn on the same day.

The main funeral event would take place at the Black Star Square in Accra on Wednesday January 27.