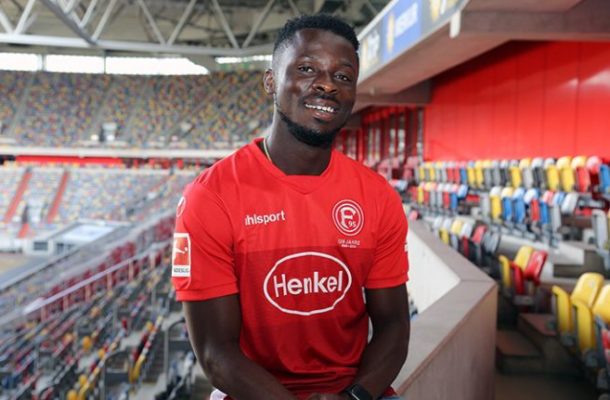 The former Waasland-Beveren attacker tested positive for the virus a week ago and was placed under quarantine following directives from the club’s medical team.

The Ghanaian together with Polish international Dawid Kownacki tested positive for the virus but it’s unclear whether the Poland star has also tested negative.

Following their positive situation, the local health department ordered the entire team as well as the coaching and functional staff to be quarantined at home until further notice.

But the good news is that a second test on the Ghanaian has proved negative and is currently going through the final stages of clearance to join the main team to start training.

Nana Ampomah has had a difficult first season with the Red and White due to a combination of injuries and a fall-out with his manager later on in the 2019-20 campaign.

The highly-rated winger has expressed interest in leaving the club following their relegation to the Bundesliga II but Düsseldorf are keen on keeping their record signing as they set sight on a quick return to the German top flight.