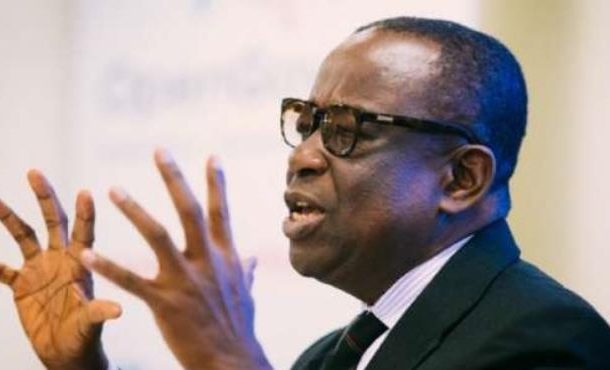 He said, last year, six million registered taxpayers were supposed to pay income tax to government but only two million honoured - leaving a whopping four million go without paying levy - a situation that is largely attributed to being responsible for gross fiscal irresponsibility in the country.

These concerns were expressed when Mr Kan-Dapaah addressed participants on 'the New Public financial management law: a comprehensive law on fiscal responsibility', at the national forum on open governance.

The forum was organised by Ghana Integrity Initiative (GII), a local chapter of Transparency International, on the topic: 'Building an Open Government in Ghana, Why Open Governance Matters?'

The situation, he noted, was substantially contributing to high cost of doing business in the country and the local currency volatility and its attendant cost on the national economy.

'I think our tax collection agencies are not doing well, the Ghana Revenue Authority should go out there and collect the monies, we have the capacity to increase our tax revenue,' Mr Kan-Dapaah said.

He also accused some chartered accountants of conniving and condoning with some individuals and entities to forge tax returns, and urged revenue authorities to do due diligence and be bold to prosecute such culprits.

He said the situation arose largely because Ghanaians were too protective of each other and so refuse to report wrongdoers to appropriate agencies for the necessary penal sanctions to be applied.

'There is only one solution to solve the problem of corruption in this country, that is [punitive] sanctions, we should also be honest to report corrupt acts, but we are too protective of each other,' he said.

He expressed worry that the practice of public financial management has been the same over the years.

'The real governance challenge that we have as a nation and the way forward is open governance, citizens must have all the information that they need.'

In a speech read on his behalf, Mr Alhassan Azong, Minister of State in-charge of Public Sector Reforms Secretariat noted that taking into account, Ghana's political economy, it was imperative stakeholders gathered to examine effective measures that would bring about transparency and accountability in the management of public finance through open governance partnership (OGP) platform.

'OGP platform presents an enormous opportunity for Ghana to demonstrate to its good people and the international community of its deepest commitment to pursuing open government,' he said.

He said the National OGP Action plan represented a clear indication of the country's intention of persistently deepening democratic governance and attaining gains of open government.

The OGP is a global initiative that aims to promote transparency, empower citizens, fight corruption and encourage use of new technologies to improve governance.

The OGP is overseen by a multi-stakeholder International Steering Committee that comprised government and civil society representatives aimed to improve service delivery and make governments more responsible, transparent and accountable to their citizens.

In September 2011, late President John Evans Atta-Mills on behalf of Ghana, signed the OGP Declaration that enjoined Ghana to develop its OGP National Action Plan through a broad-based consultative process for submission to the Global Secretariat of the Partnership.

Ghana was invited to participate and present its Action Plan at the OGP's April 2012 Conference in Brazil, but failed to attend because the country had not been able to develop the plan.

In a bid to advance Ghana's commitment, an Interim Working Group, comprising government and CSO, was constituted in May 2012 under the auspices of the Public Sector Reform Secretariat.

The Group took stock of practices and on-going programmes and projects that reflects OGP principles and proposed that a National Steering committee be formed to lead the development of the National OGP Action Plan.

Ghana has developed her second OGP Action Plan with one of the commitments being to initiate discussions towards passage of a fiscal responsibility law.