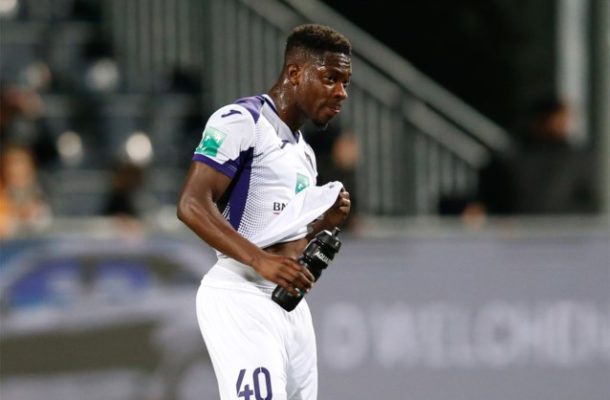 Ghanaian born Belgium International, Francis Amuzu has extended his contract with his club RSC Anderlecht and this has been lauded by head of sports for the club, Peter Verbeke.

The exciting forward has extended his contract with the Belgium giants by four years after weeks of negotiations.

Anderlecht risked losing the pacy winger for free as his contract was set to expire this summer but have agreed an extension with the highly rated player.

Amuzu had an impressive season with Anderlecht making 23 appearances across all competitions this term while scoring six goals and assisting three times.

“In recent years, Ciske has been able to fully bolster with the A core,” says Peter Verbeke.

“He has grown into a reliable stronghold that is very important to the team.

"It made sense that we wanted to review his contract.

"In youth, we trust', an important signal for all young people in the academy," he added.

The Belgian born Ghanaian international made his debut in the first of Anderlecht when he was 15 years old.

The highly-rated youngster is the son of retired Ghanaian footballer Theophilus Amuzu who played for Accra Hearts of Oak in the 1997/98 season.

Amuzu, 20, has played for the the Belgium U-19 and U-21 sides but is still eligible to play for Ghana his country of birth.