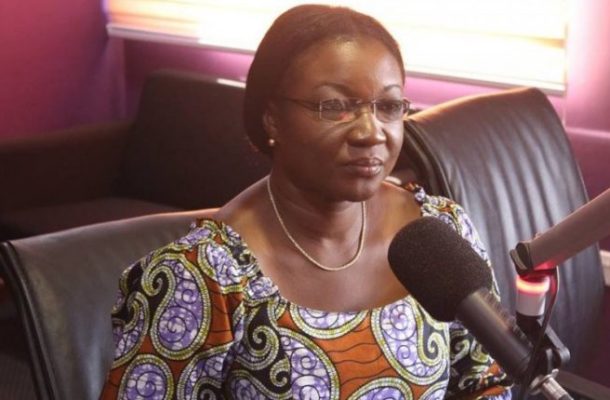 Special Aide to former president John Mahama, Mrs Joyce Bawa Mogtari has said President Akufo-Addo will be deceiving himself if he thinks implementing Free SHS programme will keep him in power for another four years.

According to Madam Mogtari, the Free SHS programme which is only one campaign promise out of many made by then-candidate Akufo-Addo is not enough reason for Ghanaians to retain him and the New Patriotic Party (NPP) in power.

Speaking on Joy FM’s Newsnight show, Tuesday August 14, 2019, the Former Deputy Minister of Transport said: “He made many promises about alleviating poverty, give them (Ghanaians) better roads, build more schools but none of these promises, so far, have been realized.

“Free SHS is a constitutional provision. It is enshrined in the constitution that we must ensure progressively free senior high school education…I do not think that is enough to keep the president in power even for the next four years, let alone 10 years,” she stressed.

Her comments come after President Akufo-Addo mocked the opposition National Democratic Congress’ (NDC) plan to scrap the Free SHS programme when it comes to power in 2020.

Addressing the staff and students of the Bolgatanga Senior High School in the Upper West Region, as part of his 2-day working visit to that area, the president said the NDC is bent on destroying the free Senior High School programme which his administration has started, noting that the NDC are only dreaming if they have hopes of returning to power in the 2020 general elections.

In a swift rebuttal, Mrs Bawah Mogtari believes there’ll be no need for a waking up because Ghanaians have already made their decision to vote the Akufo-Addo administration out and hand the country to John Mahama and the NDC again.

She chastised the president for what she describes as the poor implementation of the Free SHS programme.

She believes the Akufo-Addo administration would have done a better job if they had they followed former president Mahama’s vision of putting the necessary infrastructure in place before rolling out the programme.

“Former President Mahama started the construction of the community day senior high schools. The idea was to decongest our senior high schools it was rubbished, totally denigrated and condemned. Now we still have the double-track system which the former administration worked very hard to remove.

“Many things will keep a government in power and I believe that many of the things that they promised have not materialised but if the president believes that he can fly on the wings of Free SHS to ensure his opponents never come back to power, then I believe he is deceiving himself and maybe there are some people refusing to advise him,” she said.