Fuel prices to shoot up by 18 pesewas - IES Predicts 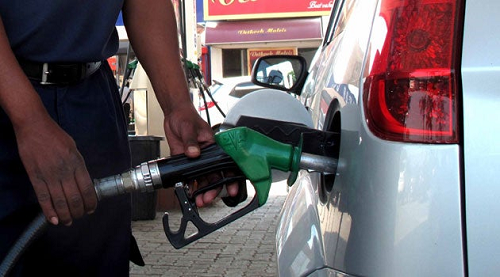 Fuel prices at the local market are expected to witness a marginal increase in the first pricing window of January 2022.

GOIL and TotalEnergies, which are the market leaders, currently sell both petrol and diesel at Ghc6.60 per litre and Ghc6.65 per litre respectively at the pump.

Other OMCs like Shell sells both petrol and diesel at Ghc6.60 per litre while Petrosol and Zen sell at Ghc6.64 and Ghc6.37 respectively.

However, Ghana’s energy think tank, Institute for Energy Security, predicts these prices would shoot up marginally because of the 8.18 per cent increase in the price of the International Benchmark-Brent crude- as well as the poor performance of the Ghanaian cedi against the US dollar.

Apart from the above, the government is also expected to reintroduce the Price Stabilisation and Recovery Levy (PSRL) after President Akufo-Addo directed the country’s downstream regulator, NPA, to zero rates it for two months to cushion consumers from the high cost of fuel.

Below is the full statement issued by IES

The price of fuel on the local Ghanaian market experienced a marginal decrease within the window under assessment. Price of petroleum products at the beginning of the second Pricing-window od December 2021 saw majority of the Oil Marketing Companies (OMCs) reduce their prices at the pump by 1.5%. The current National Average price for both products is pegged at Gh¢6.50 per litre, a 1.21% reduction from the previous window’s price of Gh¢6.58 per litre.

The IES Market-Scan picked Benab Oil, PetroSankofa, Star Oil, Goodness Oil and Top Oil as the OMCs with the least-priced fuel on the local market for the window under review. Prices of these OMCs ranged between Gh¢6.330 and Gh¢6.47per litre for both products.

The OMCs with the highest priced were Semanhyia (Gh¢6.70), Engen, Total, Shell (Vivo) and Puma, all selling at Gh¢6.65 per litre for all products.

The International Benchmark Brent Crude saw its price rise within the period with prices selling on average at about $74.75 per barrel, representing an increment of 8.18% from the previous window’s average price of $69.10 per barrel.

For this pricing-window, the spike in cases of the pandemic, led mainly by the Omicron variant of the virus sparked some fear of demand destruction among traders. The rapidly growing number of Omicron cases worldwide has raised concerns about another period of sluggish demand. Currently, Omicron has already established itself as the main COVID strain in the United States, and nearing the dominant strain status in many European countries as well.

Despite early indications that Omicron will be less severe by the World Health Organization (WHO) and other allied agencies and institutions, the market will need to wait out this period of negative news before reclaiming its positive mood and return fully to the prices prior to the announcement of the variant.

The markets reacted to the news within the window, causing prices to tumble from above $75 per barrel to reach near $70 per barrel.

Within the same period, the supply issues with the Libyan crude influenced traders’ reaction on the markets, forcing prices to prop-up. The situation only forced a temporary support for oil producers as prices increased with the skirmishes in Libya, leading to a force majeure on oil exports and providing some upward pressure on prices.

The news of US crude oil inventories apparently falling for the fourth week in a row also caused some changes in the oil market. The falling U.S. oil inventories as announced by the American Petroleum Industry further propped-up oil prices.

Data monitored by the IES Economic Desk from the Foreign Exchange (Forex) market shows that the Cedi depreciated further against the U.S. Dollar by 0.5% in the just ended pricing window to close trading Gh¢6.24 to the US Dollar from the previous window’s rate of Gh¢6.21 to the US Dollar.

For the January First Pricing-Window, the 8.18%increase in the price of the International Benchmark- Brent crude, the3.25% increase in price of Gasoline, the 2.09% increase in Gasoil price, the 0.5 per cent depreciation of the cedi against the US Dollar and the reintroduction of the PSRL; the Institute for Energy Security (IES) projects for price of fuel on the domestic market at the various pumps to increase by at least GHp18, representing a 2.8% increase.