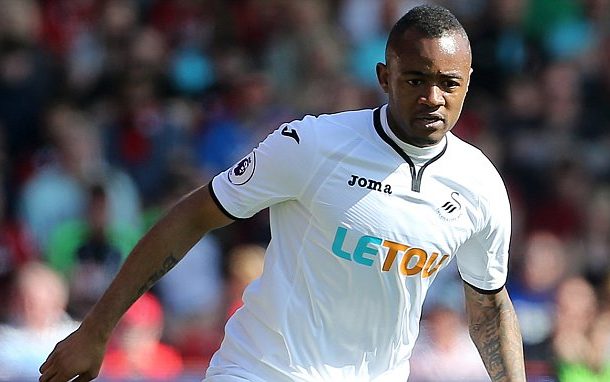 Newly Promoted English top-flight side Fulham are in talks to sign Ghanaian international Jordan Ayew from Swansea City this summer.

The Cottages have reportedly tabled an initial £8M pounds bid to land the Celtic-target.

A transfer could be concluded before weekend, should talks continue successfully between the two clubs.

He joined Swansea from Aston Villa in January 2017 and has been has been linked with several clubs since the Liberty Stadium outfit got relegated.

The 26 year old was top scorer for the Swans this term with 11 goals and was named Players’ Player of the season.