Gabby, others call for the head of NADMO boss over expired products 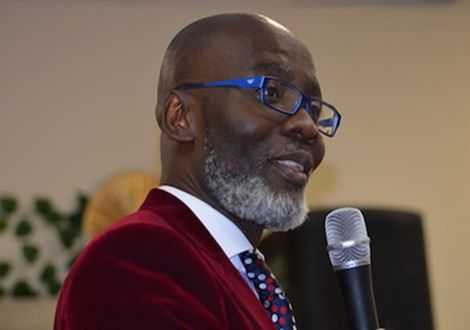 Gabby Asare Otchere-Darko has called for the heads of some unnamed officials of the National Disaster Management Organisation (NADMO) over some expired relief food items distributed in the Upper West region.

The governing New Patriotic Party (NPP) high ranking member said the flood victims of the Bagre Dam spillage and the Vice President, Dr Mahamudu Bawumia, who presented the relief products did not deserve the embarrassment from NADMO.

“When you serve flood victims expired goods, your job also deserves to expire. You don’t treat victims and the Veep this way,” he wrote on his Twitter account.

Gabby’s comments come after the Upper West Regional Executives of the opposition National Democratic Congress (NDC) also called for the sacking of the regional NADMO boss.

They want the Vice President to apologise for distribution of expired oil to the flood victims.

“We call on the Vice resident to come out with a contrite heart and apologise to the good people of the Upper West Region. The Regional NADMO boss must be relieved of his position with immediate effect,” the regional Communication Director of the NDC said.

Meanwhile, NADMO has admitted the error and said the food items were not purchased by the Vice President.

According to NADMO’s Communications Director, George Kwadwo Ayisi, the expired items which were isolated in their Warehouse in the Upper West regional capital, Wa, were accidentally loaded onto the truck and ended up in the homes of flood victims.

Member of Parliament’s Health Committee, Joseph Yieleh Chireh is also pushing for sanctions against NADMO over the situation.

The legislator also believes the incident should be investigated thoroughly because it could be a ploy to sabotage the Vice President.

“It appears they want to put him in a bad media light so Ghanaians will associate the negative with the Vice President,” he told Joy News Joseph Opoku Gakpo.

The relief items were distributed to some flood victims in Wa and its environs last weekend after they lost their livelihoods to floods resulting from the Bagre dam spillage from neighbouring Burkina Faso.

Explaining the circumstances that led to the distribution of the expired oil to Joy FM’s Super Morning Show host Daniel Dadzie, Wednesday, George Ayisi said they set aside the six cartons of expired cooking oil at the NADMO Warehouse in Wa for stocktaking by their internal auditor.

“The boys that were loading thought those items were part of the items and added the six cartons of the oil,” the Communications officer stated.

“We’ve accepted full responsibility…we are all moving to Wa [Upper West Region capital] this morning to see the situation [and] if there’s the need to probe the situation we will do that,” he assured.

The government has since noted that it is working to solve the effect of the dam spillage problem.