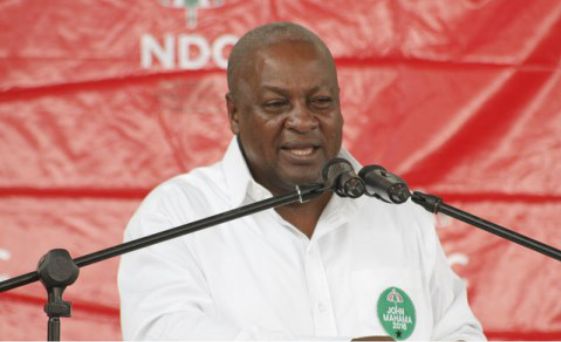 According to Mahama shoot-to-kill approach in dealing with illegal miners in the country is inappropriate. Most of illegal miners have lost their lives after they were shot by Operation Vanguard due to the ban on galamsey.

Former President John Mahama addressing NDC supporters during the party Unity Walk in the Ashanti regional capital, Kumasi admitted that illegal mining is destroying lands and water bodies in the country saying Nana Addo’s government should put proper measures in place to deal with the menace not shoot-to-kill.

“When NDC government was in power, we should soldiers to fight illegal mining in the the country but our efforts proved futile. We decided to used bring a new mining law to deal with illegal miners but we lost 2816 elections to NPP. If you put a blanket ban and then send you send soldiers after our youngest people that’s not the right way to go” he said.

Former President Mahama urged government to create a livelihood package for the galamseyers for them to have something to do to make the fight against illegal mining successfully.

“You cannot just wake up and send soldiers after our youngest people and shooting them is not the right way to go” he added.