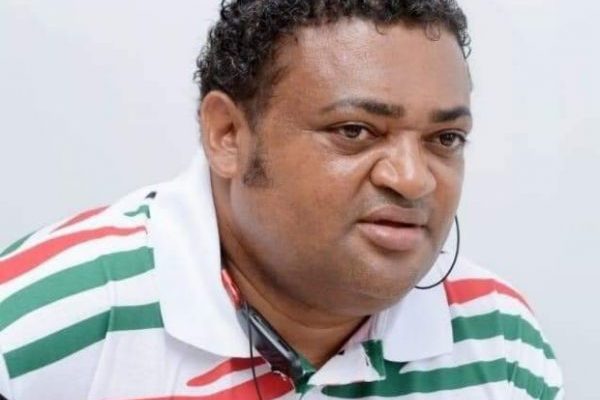 Former Deputy Ashanti Regional Minister under the erstwhile NDC administration, Joseph Yamin, has cautioned the government to be transparent in handling the issue of Aisha Huang.

He claimed the most talked about Chinese national is not only into illegal mining but a ‘notorious criminal’.

Joseph Yamin who was discussing issues relating to Aisha Huang also made a wild allegation of her connection to high-profile New Patriotic Party (NPP) members.

“They know themselves, and I will name them,” he said on NEAT FM’s morning show, 'Ghana Montie'.

According to Joseph Yamin, Aisha Huang is also a sponsor of the ruling NPP, a top-secret he said he will bring full details soon.

“She mobilized funds for the NPP. She is so connected to the NPP circles and has a special role she plays within the party,” he emphatically said.

The galamsey queen was found guilty of charges against her with her involvement in illegal mining, locally called 'galamsey', and expatriated to China, but the woman reportedly re-entered Ghana in January this year.

She came through the Togo border under a new identity, and in February, 2022 had her Ghana Card (non-citizen) renewed in Tamale in the Northern Region, then proceeded to Kumasi in the Ashanti Region to continue her illegal activities.

Aisha Huang has been re-arrested and remanded into Police custody following a court order.

Her case is also being pursued by the Attorney-General (A-G) as a tweet from the A-G's office indicated that, "the Attorney-General has called for the new docket on En Huang a.k.a Aisha, regarding offences she is suspected to have recently committed. The A-G will also re-initiate prosecution in respect of the old offences for which she was standing trial before her deportation in 2018".