Gaming and Tech Trends in Africa 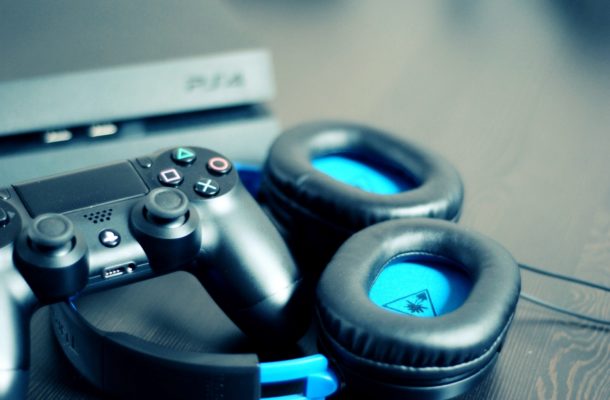 The so-called ‘digital revolution’ has traditionally lagged behind in Africa, with the gaming and tech industries struggling to gain a foothold. But the situation has already shifted in recent years, with African nations consuming and using tech at record levels.

Not only that, technology has also been used in innovative and disruptive ways, such as Rwanda offering the first-ever commercial drone delivery service.

The questionable assumption that Africa is merely a late arrival to the party is clearly untrue. Both the gaming and tech trends we’re seeing develop confirm that the continent is ready to become a significant player in the industry.

One of the key deterrents to the growth of the tech and gaming industry in Africa is the lack of internet access. In 2018 it was only hovering around the 25% mark, while today, this number is way more satisfying; however the United States, on the other hand, sits at over 90%.

Nevertheless, let’s look at the bright side. Compared to the turn of the millennium, it still represents a significant shift. In the year 2000, less than 1% of the population had access to the internet.

The next few years also look promising, with experts predicting that by 2030 approximately 75% of people in Africa will have reliable access to the internet. This represents a seismic change, and will help generate millions of jobs and billions to the continent’s economy.

Providers like Google Play, Steam, and Apple’s App Store are all incredibly popular amongst African users, and especially gamers. Consumers also have plenty of ways to play alternative online casino slot games, but they are wary of their choices. Most people opt for looking up for reviews of casinos and games in order to find out more about them and make safe choices. For example, users can easily read the reviews of Spin247 Casino, see what they offer and safely play games. This only speaks of how dense and variable the market is, resembling the global one.

However, options for local developers to share their creations are limited. With international competition generally having larger budgets at their disposal, it can be difficult for African talent to rise to the top.

There seems to be a potential solution, however. Experts believe that digital retail outlets may see a significant breakout in the coming years, allowing developers to commercialize their offerings to African consumers.

Youth has the Key

On every other continent on the planet, people are getting older. In Africa, however, the number of people under the age of 24 is increasing. By 2050, experts predict that it will touch nearly 50% of the total population.

This means that Africa’s youth, as ever, has the keys to the future of gaming and tech development. To truly allow that potential to reach full fruition, education is a priority.

There is a strong need for a developed curriculum for those looking to enjoy a career in the sector.

For example, the University of Cape Town offers a degree in Computer Game Development, which is a relatively new addition to the available courses. Expect to see more universities offering degrees related to this growing sector; it’s where the future is.

Mobile Gaming Will Take Over

According to a recent report by ResearchAndMarkets.com, the gaming industry in Africa will see record levels of growth in the next few years; they predict this to a tune of 12% CAGR, no less.

With mobile gaming already generating almost half of total revenues for the entire industry, expect this number to increase rapidly. With over 200 million people in Africa under the age of 35 and growing smartphone adoption, it’s clear that mobile gaming has the future on the continent.

Smartphone technology needs to make a few more strides before really taking over the gaming market, but perhaps the most important element is network coverage and performance.

It’s what’s driven growth so far. With infrastructure development leading to increased 3G and 4G coverage, an increased number of people have been able to enjoy internet access on their mobile devices.

But there is more to be done. It’s important that 5G succeeds, for instance, and that networks are able to roll out upgrades effectively. The tech has already shown that high speeds can be achieved. The all-important question is: will African users be able to access it?

Despite potential issues with internet adoption and mobile network performance, the future is still looking very bright for Africa. Expect this decade to see significant shifts in the industry, with greater contributions being made by developers and end-users alike.

Tomm1 5 months ago
interesting article about <a href =”oceancasinos.co.za”>casinos</a>. )