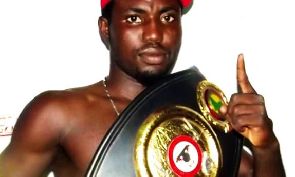 It said, "we also wish Rafael Mensah who fights in the United States of America success in his hunt for the WBA Super Featherweight title."

This bout would be the first bout for Mensah outside the Africa having fought 30 of his bout in Ghana and the other in Benin.