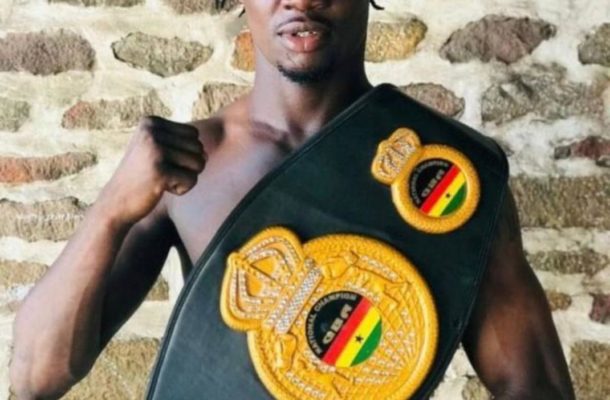 Secretary General of the GBA, Mr. Patrick Johnson said Tetteh is one of the humble and disciplined boxers who must be supported to win the African title and go on to claim the world crown.

He said the GBA has confident in him, that he will succeed and make Ghana proud.

Coach Martey said they have really prepared and hope to give South Africans a real fight and return home with the belt.

Ghana’s Theophilus Tetteh is one of the international guests on the bill at the Boardwalk Casino PE.

The sleek sensational boxer from Bukom said the home boy Ayabonga Sonjica is not up to his standard, and he cannot wait to bring the title to the people who eat, drink and sleep.

There would be the Republic of South Africa and vacant WBO Global flyweight title fight over 12 rounds between Jackson Chauke (champion and challenger (GP) vs Luyanda Ntwanambe(D/village challenger).

Lerato Dlamini (RSA) will clash with Hassan Milanzi (Zimbabwe ) in a Featherweight contest.

The event has a Jnr. lightweight female bout over 6rds between Nozipho Bell (PE) and Asandiswa Nxokwana (EL).