Gent remain one of the best JPL teams - Elisha Owusu 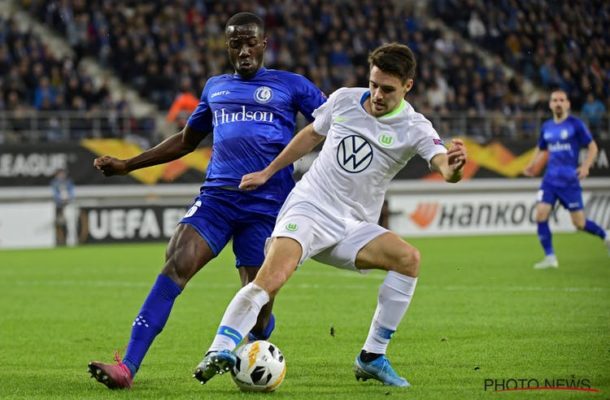 French born Ghanaian midfielder Elisha Owusu has showered praises to his Club KAA Gent amid challenges in their 2019/20 league campaign which has seen them slip the league log.

Gent are 15 point behind leaders Club Brugge after suffering back to back defeats,  a feat that has shuttered their league-winning dream.

Nonetheless, in an interview with Het Laatste Nieuws, the 22-year-old believes his side have been "one of the best JPL teams" in the campaign.

"We cannot just forget the ambitions and the positive," he said.

"We remain one of the best JPL teams since the start of this season. It doesn't go in the trash after two losses. It's all too easy to forget everything once things get complicated. Sometimes it just goes a little less per period.

The former France youth player is optimistic his side will bounce back strong despite the challenges.

They were booted out of the Europa Cup by AS Roma but he sees it as normal in every competition, taking cue from Liverpool's current struggles.

"I do not want to compare too much, but in all modesty: Liverpool is also going through a difficult period currently ", he added. confided the player to .