George Afriyie to take over as new C.E.O of Aduana Stars. 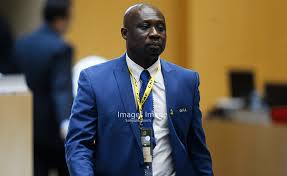 George Afriyie who lost the 2019 GFA presidential elections will succeed Albert Ayittey Yahaya Commey after he resigned from the Dormaa based club.

Per reports, Afriyie has been mandated to oversee the day to day running of the club for the next four-years to make the Fire boys, one of the elite clubs on the Africa continent.

The renowned football administrator, Afriyie, served as chairman of the Black Stars management committee, and on various committees of the national teams in the erstwhile administration.

He is a current member of the CAF Marketing and TV Rights Committee and also the owner and bankroller of division one side Okyeman Planners.

Afriyie again has led various top-flight clubs as the Chief executive officer including Gamba All Blacks and Liberty Professionals.

Afriyie, who is on a business trip abroad is expected arrive in Ghana before the 2019/20 Ghana Premier league season kicks off this Christmas on 27-29