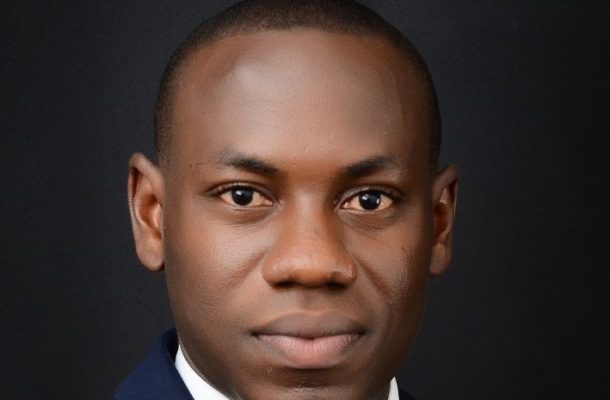 Think of December, and everyone thinks of Christmas. This now globally accepted season to mark the birth of Jesus Christ the saviour, has also become the period where market players (buyers and sellers) set out to give and get the best deals on the market.

For sellers, a quick scan of the traditional/social media landscape confirms an increase in the advertisement of irresistible offers for goods and services. Similarly, buyers in these times tend to increase their surveillance of prices for goods and services to get the most competitive deals for price, proximity, and preference.


Globally, the month of December is arguably the month when significant expenses are made on food and beverages as well as other non-food items. Ghana is no exception to this rule. With mobile money (Momo) fast becoming a traditional mode of payment in Ghana, the value of Momo transactions over a period can be used as an indication of spending patterns.

Figures 1.0 and 2.0 give the Total Value of Mobile Money transactions (GH¢’ million) for selected months in 2018 and 2019 respectively. For both charts, we observe notable spikes in transaction values for December, with subsequent declines in January and February. This signals the trend of increased spending in December. 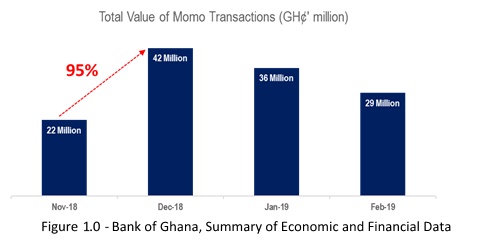 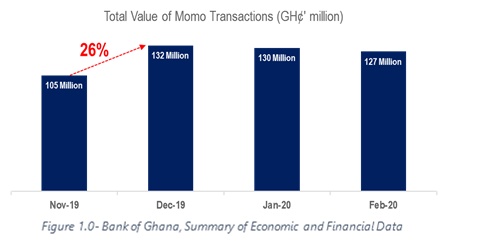 In as much as spending in December cannot be avoided, certain strategies can be adopted to help make an individual financially confident before, during, and after Christmas.

Keep Next January in mind: With December paychecks about to hit most accounts, there may already be an endless list of spending demands that need to be met to make Christmas a memorable one.

In most circumstances, individuals find themselves in the fix of always overspending in December and subsequently live very discomforting lives in January, counting each second to the next paycheck.

In very dire situations, an individual may need to borrow from friends and family to get through January financially. This situation has led to January humorously being branded “The Longest Month” in a year.

The first tip for December spending is to allocate a portion of an individual’s December paycheck to be spent ONLY in January of the next year. This money should be transferred to a separate account or kept in trust for the individual till January.

Avoid panic buying, by planning your shopping: It is said that the best time to plan how to spend your money is when you do not have the money to spend in the first place.

Simply put, all things being equal, an individual is less likely to make objective decisions on how to spend when staring at a huge bundle of money. This concept of planning in scarcity proves effective when applied to controlling ones spending patterns.

In December, before the paycheck notification, individuals are advised to compare prices on different online portals and in different physical shopping locations.

This better places the individual in a position to secure the best bargain at a comparably affordable cost. The second tip for December spending is to plan one shopping for receiving the December paycheck.

Look out for discount/ Sales Promotions: A common theme in the festive season is the influx of discount sales and promotions. In scouting for the best offers for gifts, groceries, clothing, holiday destinations, and the like, one should pay close attention to discount offers.

It is recommended that individuals be deliberate in looking out for discount offers on items they have planned. This helps reduce the potential cost an individual incurs on an item.

It is however worth mentioning that not every discount is meant to count. Some discount offers are meant to just bait market players to spend more and more on items they have not planned for.

The final tip for December spending is to look out for discount offers in spending on planned items for the festive season.

There will always be that supposed pressing need that comes with the festive season; the need to change one’s wardrobe, visit that new hangout with friends or go the extra mile to get that expensive gift.

The important question to ask when making spending decisions in December is, “Will I still be financially confident before, during, and after Christmas?”

He holds a BSc in Banking and Finance, an MPhil in Finance, a Financial Modeling and Valuation Analyst Certification, and is currently a CFA level 2 Candidate. For any comments on this article, kindly email [email protected]