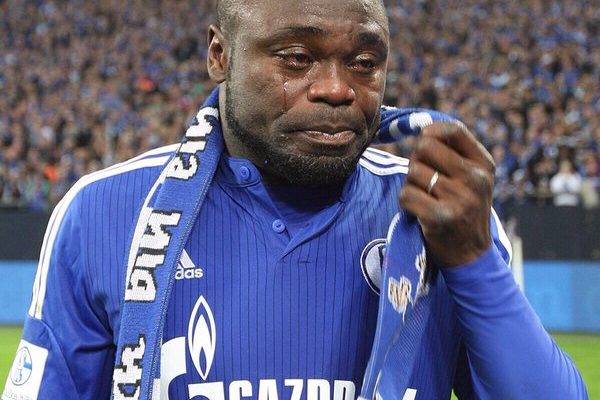 Former German International and team manager for relegated Schalke 04 has reacted to the attacks by fans on the club following their relegation.

There were relegated on Tuesday  to the second tier following a 1-0 defeat away to Arminia Bielefeld.

The Royal Blues, who were Bundesliga runners-up as recently as 2018, have only won two league games since January 2020, and their fate was sealed on Tuesday night with four games remaining.

For Schalke, it's long been a question of when and not if. The club from Gelsenkirchen in western Germany have endured a miserable 15 months with five different head coaches, high-profile resignations, negative headlines, supporter protests and existential financial problems exacerbated by the coronavirus crisis.

Schalke 04 on their return on Wednesday morning were attacked by the fans of the club at the stadium as they expressed their frustrations about their demotion to the second tier.

"The fear in Buyo's eyes will stay with me," Schalke squad manager and club legend Gerald Asamoah said on Thursday when speaking about the attack from fans against players who also went after assistant coach Mike "Buyo" Buskens.

But instead of a conversation, the fans went wild and the situation got out of control.

"I was one of the first out of the bus. I did not have any fear. I've known the fans for a long time and believed nothing would happen," Asamoah told reporters.