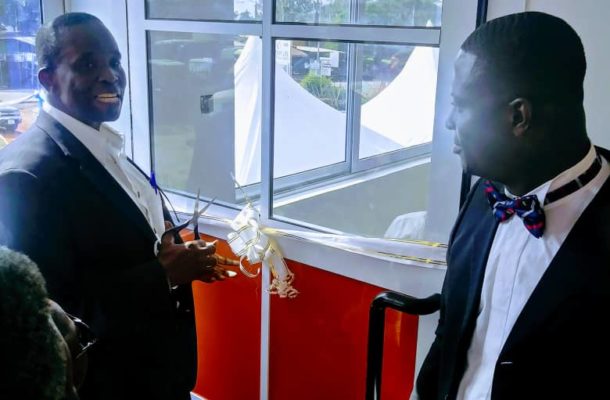 A new Japanese language school has been opened in Kumasi, the Ashanti regional capital.

The school, located at Ohwimase-Kwadaso in the Kwadaso Municipality is set to deliver on its mission, which is to train Ghanaian youth to acquire skills to be able to study or work in the Eastern Asian nation of Japan which will, in the end, quench the teaming unemployment in Ghana and the sub-region.

Speaking at the colourful opening ceremony, the Chief Executive Officer (CEO) of the school. Mr. Kyeremeh Kingsford Gerald said the school will offer unmatchable, professional, genuine and honest service to its students to enable them attain economic freedom.

He congratulated the new students for gaining admission into the school and encouraged them to take the Japanese language studies seriously since according to him, it is what has shot him into fame.

According to Mr. Kyeremeh, the students will use only six months in studying the Japanese language, disclosing that he used just two months to study it when he first travelled to Japan in 2008.

"I assure you that you will be able to study the Japan language in 6 months time. When I first travelled in 2008, I actually knew nothing about the language but I told myself that I was going to learn it and thankfully I did it in just 2 months. I now have my masters in the Japanese language", said Kingsford Gerald.

In a speech read on his behalf, the Ashanti Regional Minister, Hon Simon Osei Mensah commended the management of the school for being concerned about unemployed people and continuing the supply of excess labour in Ghana.

He urged the new students to be disciplined and exhibit good behaviour to enable them realise their cherished dreams.

On his part, Administrator of the School, Mr. Yeboah Jonhson said people seeking and eager to work in Japan should seek the opportunity to enrol with Gerkings Japanese School since according to him, they are specialised in placing their students into industrial, technical, transport and hospitality jobs.