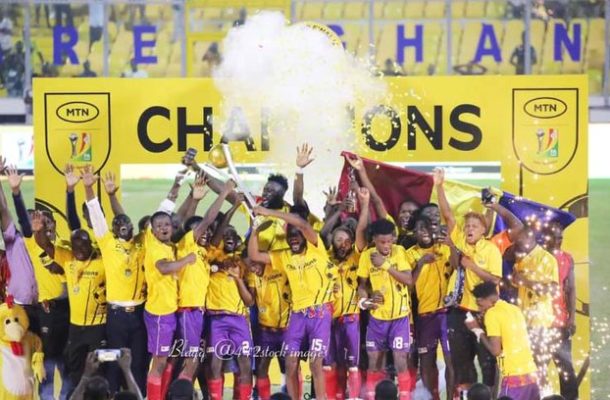 German Bundesliga side TSG Hoffenheim has sent congratulatory message to their partners Accra Hearts of Oak for winning the MTN FA Cup on Sunday.

The Bundesliga side congratulated their partners with a tweet, "What an achievement. Congratulations to Hearts of Oak. Enjoy and celebrate with great success'

Accra Hearts of Oak defeated Bechem United to clinch the MTN FA Cup title for a record 12th time as they retain the trophy the won last season.

It was birthday boy and game changer Daniel Afriyie Barnieh who gave the phobians the winner on the hour mark as Hearts ends the season on a high after finishing outside the top four in the league.

Hearts of Oak have a partnership with Hoffenheim and FC Cincinnati which is called the “Common Value Club Alliance”.

Hearts of Oak will represent Ghana in the CAF Confederation Cup next season.