Police in the small town of Herne, Germany have launched a manhunt to locate a 19yr old martial arts enthusiast and murder suspect named Marcel H who stabbed his 9yr old victim and shared the video on Facebook.

The body of the child was discovered by police in the cellar of a family home in the town shortly after dusk on Monday. As the boy was stabbed multiple times Marcel H. filmed his demise and posted the video on the so-called 'Darknet' - the lurid, unpatrolled side of cyberspace specialising in pornography, paedophilia, drugs and 'snuff' movies.


It was a Darknet user - who claimed to know the killer - who was upset by the images of the little boy who contacted police to tell them; 'I have just seen a boy murdered on the internet.' After commuting the murder, the killer logged into a chatroom and held up his bloodied hands to the camera. Police say the motive for the crime is still unknown. 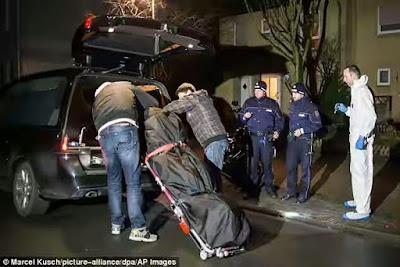