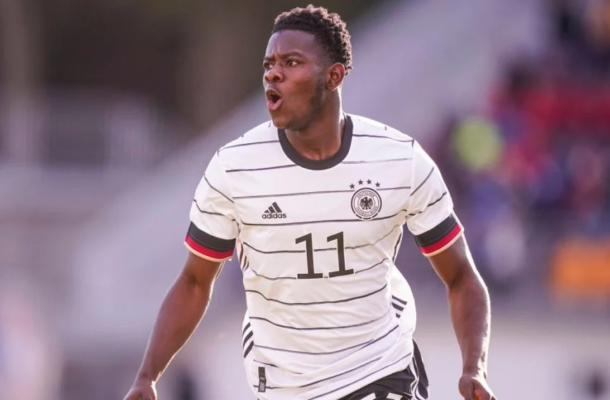 Watford winger Kwadwo Baah has been handed a call by the German U-19 side ahead of the international break.

Born in Stuttgart to Ghanaian parents the 19 year old winger will play for the German youth team despite interest  from Ghana   as they prepare for qualifiers for EURO U19 championship next month.

He was named in Ghana's World Cup qualifiers  sometime back when he played for Rochdale but his name was later taken out as he failed to honour the invitation.

The winger will miss Watford's Premier League game with Everton despite an injury crisis that will see more than  ten first team players miss the game over the weekend.

“I was born near Stuttgart, so that’s how I qualify to play for Germany,” he said. “My dad used to play football out there semi-professionally, and my parents probably lived there for around 25 to 30 years," he added in an interview with Watford.

“We moved to Ghana when I was still very young and then to England when I was five, but as I got older and started to realise playing for Germany might be a possibility I thought it sounded like a really exciting opportunity."