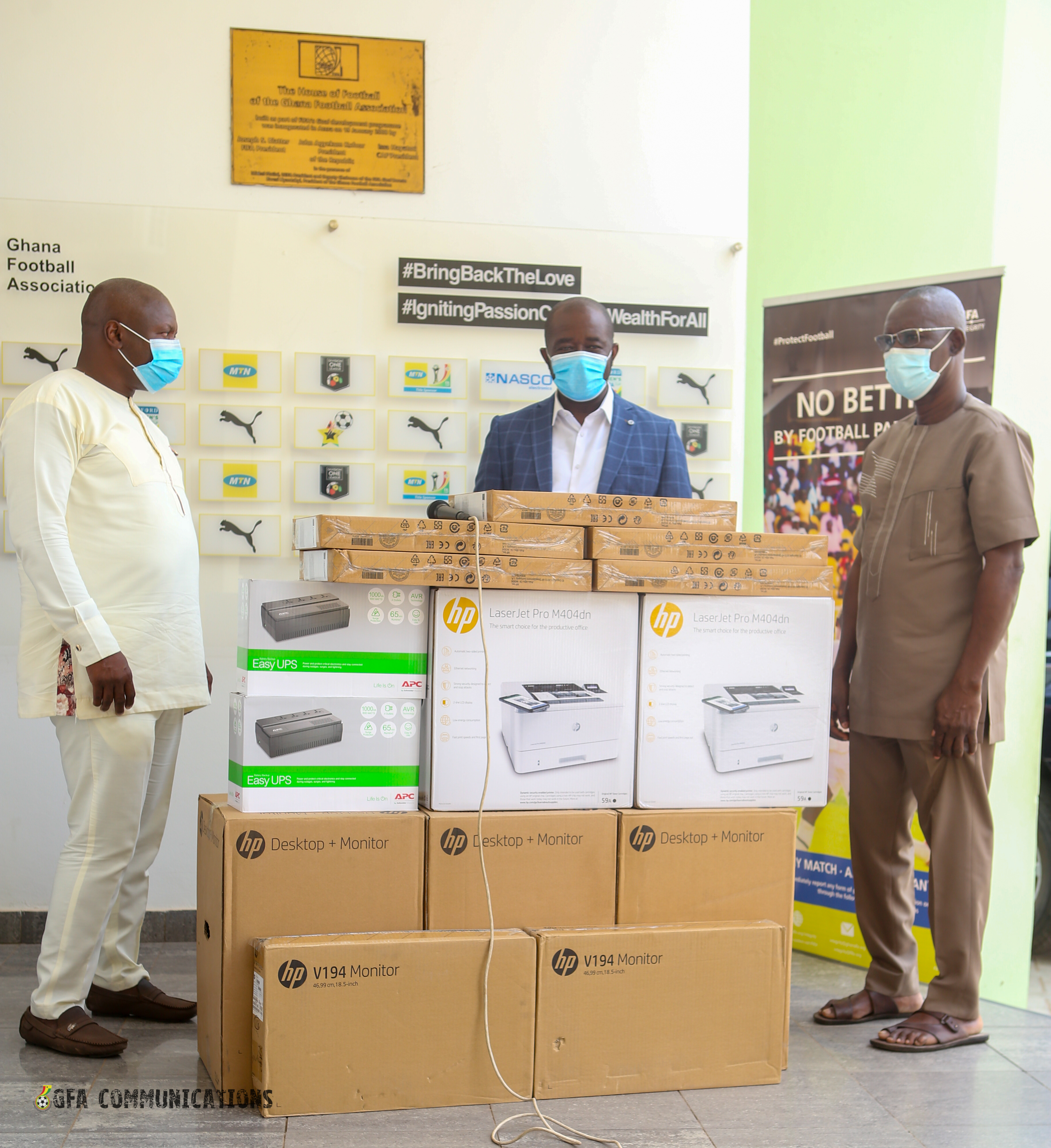 This is in furtherance to an earlier pledge by the GFA to allocate two hundred and ninety thousand dollars ($290,000) from the FIFA Forward 1.0 Programme to purchase of computers, scanners, printers, I.T systems and internet connectivity materials for its stakeholders.

The GFA President further explained that the gesture is to help members of the Association to effectively communicate among themselves and to ensure that registration of players is decentralized.

“In the beginning of the year we announced that our FA intends to fully assess the benefits of FIFA forward 1.0 and 2.0 and we did make a big pronouncement at Congress that we are looking at expanding our IT infrastructure in order to communicate effectively with all our members. The 10 RFAs, 48 Division One League clubs, 16 Women’s League clubs and 18 Premier league clubs will all be beneficiaries of these IT investments”.

“The equipment include Computer sets, Scanners, Printers, UPS each and a Turbo net device to ensure that we have access to internet services”.

“We are starting with a presentation to the Greater Accra and Volta RFAs. Soon the GFA will give a clear road map as to when our Premier League, DOL and WPL clubs can take delivery of their IT equipment”.

“The broader agenda is to decentralize player registration in the country. Soon we will top up the logistics and members will not have to travel all the way to Accra to pick up registration cards”, the GFA President intimated.

Greater Accra RFA Chairman Samuel Aboabire thanked the GFA for the gesture indicated that the equipment will help administrative work at the regional level.

“This will improve our work at our office. We are inn a global village and we need such equipment to enhance our work at the regional level”, he stated

On his part, the Volta RFA Chairman Daniel Agbogah also expressed gratitude to the GFA for delivering on their promise and will strengthen the IT departments of all the regions.

“On behalf of the Volta regional football Association we thank the President and his team for this presentation because we didn’t know they were going to deliver this promise soon”, he added.