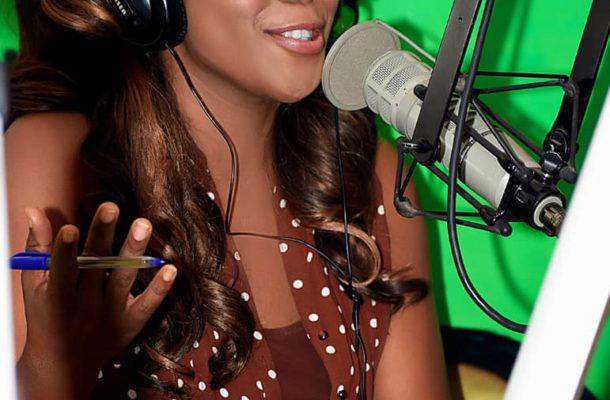 The name Amanda Clinton seems to be the main subject of discussions following what was ultimately an engaging and educative debate amongst five out of the six GFA Presidential candidates.

A random and general snap poll taken after the event held at the Physicians and Surgeons College had the 37 year old lawyer coming under scrutiny.

Majority of those who made reference to the UK Ghana trained legal practitioner were generally impressed with the confidence she exhibited.

However others also pointed to her lack of deep knowledge and hesitant responses.

excited and feel happy that she has participated in the debate.

More than half of those who offered their views believe that the Gfa Presidency might elude Miss Clinton but at the same time expressed the hope that her clean and impressive campaign would lead her to play a major role in Ghana football going forward.

Sports World gathered ten interesting facts about Amanda Clinton that might satisfy your curiosity; Read below:

Ten things you need to know about Amanda.

1. She is an identical twin.

2. She completed an Msc in African Studies at the age of 22 (SOAS).

3. Her first job in Ghana was as a weekend teen host on Vibe Fm when she was 15 years old.

4. She used to be a lay pastor preaching where she could including a male rehab center.

5. Amanda Clinton's second job in Ghana was as a State Attorney at the Attorney Generals' department.

6. For 10 minute breaks in between a busy day she enjoys her Occulus Go Virtual reality headset where she can meditate in any serene environment.

7. Amanda Clinton concedes that generally, she has old fashioned values.

9. Amanda states emphatically that she doesn't stop until she gets what she goes after.

10. She believes in the dream that was once Ghana and wants to create that with everything she focuses on including running for President of the Gfa and hopefully showcasing her country locally and globally.