GFA immunity from gov't claims is a mirage- Foh-Amoaning 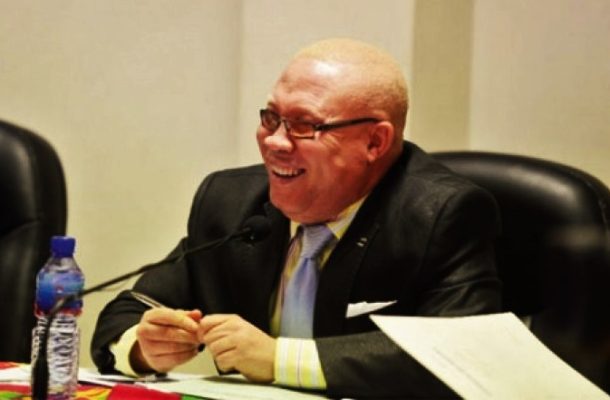 Senior Law Lecturer at the Ghana School of Law and sports analyst Foh-Amoaning has indicated that claims that the Ghana Football Association is immune from government intervention is a mirage and must be ignored.

The corruption-stricken sport governing body is currently undergoing steps for dissolution after an undercover investigation by ace journalist Anas Aremeyaw Anas unearth the rot scandal of the body.

Speaking on an Accra based radio station Starr FM, Mr Amoaning said, “There must be a new body to run football in Ghana if the GFA is dissolved. If the GFA has involved in activities that has brought shame to the country, it is important we liquidate it. Another legal entity must be raised to front Football in the country. The legal entity that will be brought in to front Ghana football must have principles that govern it. Principles that must be adhered to”.

The GFA boss, Kwesi Nyantakyi has been given a 90 day ban by FIFA following the charges of defrauding by false pretense in the exposé that was shown on June 6 and 7 titled Number 12 at the Accra International Conference Center (AICC).

Ghanaians were stunned after viewing the piece and have voiced out their disgust at the sport body.

The Information Minister Mustapha Abdul Hamid, while addressing the press said Attorney General has began steps to dissolve the GFA at the  Registrar General’s Department and to place an injunction on the executives to stop functioning as officials of the Association.