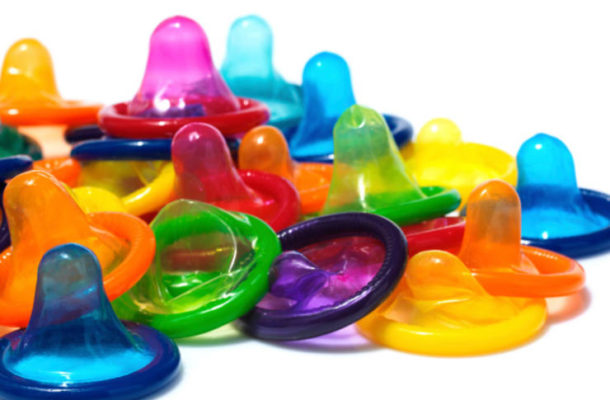 The Ghana AIDS commission says it has planned to embark on condom Promotion and Public education at the sidelines of the ruling New Patriotic Party’s National Delegates Conference to be held in Koforidua from July 6th to July 8th, 2018.

Ms. Golda Asante, Eastern Regional Technical Coordinator of the Technical Support Unit of Ghana AIDS Commission told the media in Koforidua that,the move is to ensure that no need HIV infection is recorded during the Conference.

According to her,though the prevelance rate in the region has slightly reduced to 2.1% which translates to the fact that 21 persons out of every 1000 residents in the region have HIV and AIDS.

She said despite this,Statistics indicates that new infection is recorded everyday in the region.

Golda Asante explains that, the Commission has noticed a link between funfair and such Political gatherings to HIV infections as many persons prefer to have sex with “strange” partners during such occassions as they make merry therefore the commission will distribute free Condoms to delegates and Supporters who opts to have sexual encounters.

The Koforidua Technical University football pitch which will host the conference undergoing reshaping and extension to enable it host the over 6000 delegates expected to elect their national leaders.

The entire roads and streets of Koforidua township particularly road leading to the Koforidua Technical University has been flooded with banners,posters and Bill boards of various candidates contesting the various national positions stepping up euphoria about the election.

Officials of National Security,BNI, the police and Fire Service are on grounds to lay security measures.

According to the Public Relations Officer of the Eastern Regional Police Command, DSP Ebenezer Tetteh,1000 uniform and uniform security Personnel will be deployed to the grounds and hotels and schools where the delegates will lodge.

He said one of the dual carriage roads leading to Koforidua Technical University will be blocked for official use only.

Meanwhile, the Eastern Regional Secretary of the NPP, Jeff Konadu says Buses have been deployed to the various regions to begin transporting the party delegates to Koforidua.

He said,the party led by the Vice President Mahamadu Bawumia will join Muslims at the Central Mosque to worship with them on Friday.