Ghana did not approach me to play for them - Danny Welbeck 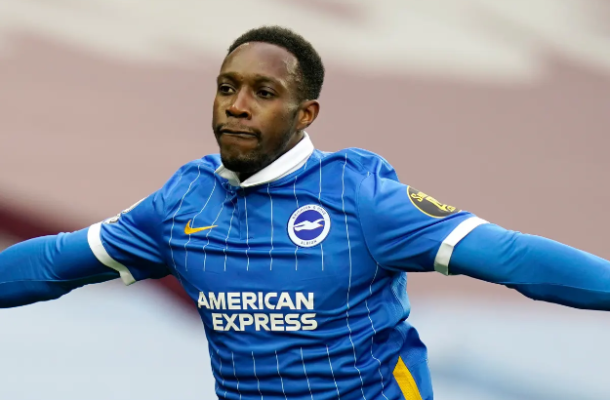 Brighton Striker Daniel Nii Tackie Welbeck has revealed that no one from the Ghana Football Association(GFA) contacted him to play for the Black Stars.

The veteran striker played for England making his debut in 2011 coming on as a substitute for the Three Lions in their 1-1 friendly match against Ghana at Wembley.

Welbeck was born in Manchester, UK to Ghanaian parents and came through the Manchester United  academy before playing for the senior team for several years.

According to Welbeck, there was no official contact from the Ghana FA so the decision to play for England was easy to make.

“There wasn’t like an official approach from Ghana to come and play for them or anything like that, so it wasn’t as hard as a decision like people would have thought,” he told the YouTube channel, Michael Dapaah, in an interview.

“It was natural for me because I’ve been playing for England since I was 14 so it’s like a natural progression to try and reach that next step.

The former Manchester United and Arsenal star said making his senior England debut against the country of his parents is a memory he will always keep with him.

“I remember this game because I made my debut against Ghana,” Welbeck added.

“It was like my family, not in the England section, and they are like boo; they were booing along as well, so it was a mad moment, but one that is definitely a highlight.”

The 32-year-old striker has been capped 42 times by England scoring 16 goals.