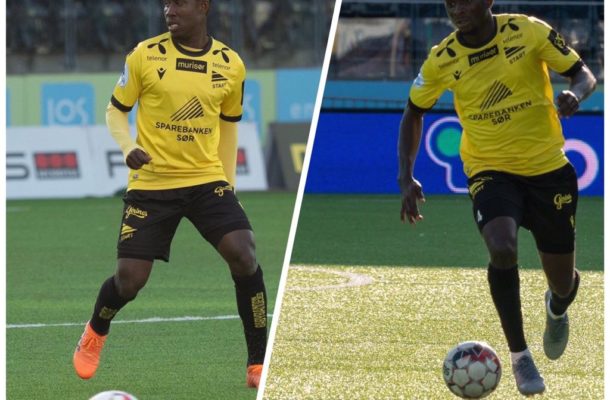 Ghana midfield duo of Isaac Twum and Afeez Aremu starred for IK Start in their 2-0 win over Nest-Sotra.

Twum played 82 minutes and was replaced by E. Segberg, while Aremu lasted the entire duration of the match as IK continue to close in on possible return to the Norwegian elite division.‬

Two first half goals from K. Skaanes and A. Sigurdarson ensured they bagged all three points at the Sparebanken Sør Arena (Kristiansand).‬

With seven matches left, Start sit on hooks on the second spot on same points (49) with Sandefjord but with a 2-goal difference.‬