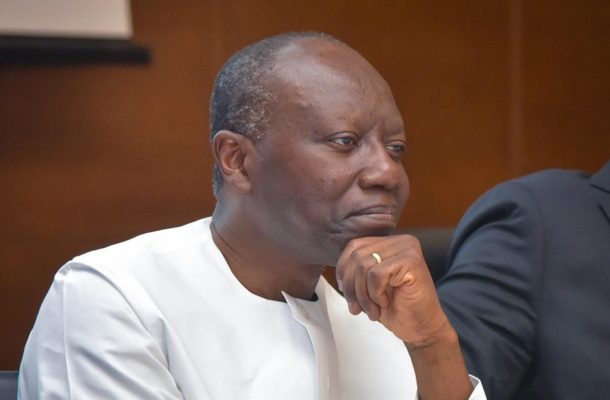 When Ghana’s President Nana Akufo-Addo took to the airwaves in October to assure investors that their money was safe, it was only natural for them to smell trouble ahead. That is exactly what they got.

Long considered one of the most stable and best-managed countries in Africa; Ghana is about to join the list of nations that cannot repay their debts. That list is likely to get longer. Zambia has already defaulted, and the IMF reckons that 19 economies in Africa alone are in debt distress.

The government has been in denial. Akufo-Addo stated emphatically: “There will be no haircuts.” It was left to junior ministers to break the news that bondholders could expect a short back and sides — and to lose about 30 per cent of their tresses in the process.

Ghana’s story highlights the likely fate of other emerging economies as the tide of cheap money recedes. Many got hooked on Eurobond issues as capital markets opened some 15 years ago.

Ghana issued its first Eurobond, for $750mn, in 2007 — and has been going back to the punchbowl ever since. Now, as interest rates normalise and investor appetite for frontier risk wanes, the bowl has been removed. When US Treasury yields were below 2 per cent, Ghana could borrow at 8 per cent or less. Now the implied rate on its bonds is nearer 40 per cent, says Charles Robertson of Renaissance Capital, which means investors regard it as too risky to lend to at all.

That’s tough because Ghana, and countries like it, need the money more than ever. Battered by Covid and the ripple effects of the war in Ukraine, economies have stalled, and many people have been pushed into poverty.

Yet far from addressing these problems through spending, Ghana will have to make cuts to satisfy creditors and the IMF, from which Accra is seeking $3bn. Somehow it will have to protect the most vulnerable as it tightens fiscally. Multilateral agencies will have to take up some of the slack.

Ghana has been quick to blame anyone but itself. Akufo-Addo spoke of a confluence of “malevolent forces”. A series of exogenous shocks have indeed made the world a hostile environment. After promising vaccines and financing, rich nations all but abandoned Ghana in the pandemic.

Still, the government protests too much. When in February, Moody’s downgraded Ghana’s sovereign debt from B3 to CAA1, pushing it further into junk territory, Accra attacked the messenger. The finance ministry accused rating agencies of mispricing risk in “what appears to be an institutionalised bias against African economies”.

It would have done better to look in the mirror. Moody’s estimated debt had reached 80 per cent of GDP, and debt interest payments would swallow half of the government revenue. One Moody’s executive found plans to address deteriorating finances through vague spending cuts and an unpopular levy on electronic transactions “very aspirational” — for which read “total fantasy”. Its cynicism has proved well-founded.

Ghana had some promising ideas. It made school free up to high school. It has addressed energy shortages and has some of Africa’s best health and welfare indicators. But spending has always spiralled ahead of elections; too much debt has gone on an escalating public sector wage bill.

The point of borrowing should be to improve productive capacity and, with it, the ability to pay back loans. Ghana’s government has too often indulged in vanity projects, epitomised by plans for a colossal cathedral. Perhaps it hoped to pray it could repay its debts.

Plans to clean up the mess appear no more realistic. The recent budget is described as a “Frankenstein’s mash-up” by Bright Simons of the Imani think-tank. Getting public servants to drive smaller cars, one of the proposals, is not going to cut it. Nor has the government learnt humility. It blames a 50 per cent fall in the cedi this year on “speculators” and black marketeers. It might look instead to its unfunded deficits and the whirring of the printing presses.

Accra desperately needs a credible plan to get its finances back on track. That will mean hammering out a debt restructuring package with creditors and accepting that it will be shut out of debt markets.

Still, not all is lost. Ghana has solid foundations on which to build. It has one of the continent’s best-educated workforces, a reasonably diversified economy, decent infrastructure and a strong democratic record. That means the ruling party may well be punished in the 2024 elections. But markets will, in time, forgive and forget. Just ask Argentina.