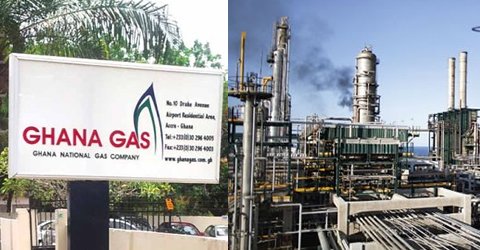 In a bid to ensure industrial harmony at Ghana Gas, the biggest gas infrastructure facility in Ghana, officials of the company have resolved to reinstate workers whose appointments were terminated on account of misconduct.

The decision to reinstate the workers follow an intervention by the Labour and Employment Minister Haruna Iddrisu.

While 13 of the workers were sacked, 32 others were suspended for misconduct.

The workers had embarked on demonstration over what they said were poor working conditions but their behavior, management said was detrimental to the interest of the company.

There has been several attempts and intervention on Ghana Gas company to soften its stance on the affected workers.

The latest was the Employment Minister who called a meeting of stakeholders including the Petroleum Ministry,  leadership of the General Transport, Petroleum and Chemical Workers' Union (GTPCWU), management of Ghana Gas to attempt a resolution.

Haruna Iddrisu told Joy News after the meeting that the action by the workers could undermine the operation and functionality of the gas infrastructure.

Haruna Iddrisu stated that notwithstanding the disappointment of management, it has decided to give the workers a second chance.

Chief Executive of Ghana Gas, George Sepa Yankey said management has considered the need to tamper justice with mercy only if the workers promise to be of good behavior.

He said Ghana Gas has therefore decided to revise the sanctions given to the workers. As a result, two of four workers whose contracts were terminated without an option to reapply can now do so.

Those whose appointment were terminated with the option to reapply must do so in four not six months. Those who were also suspended had the number of months of suspensions reduced.