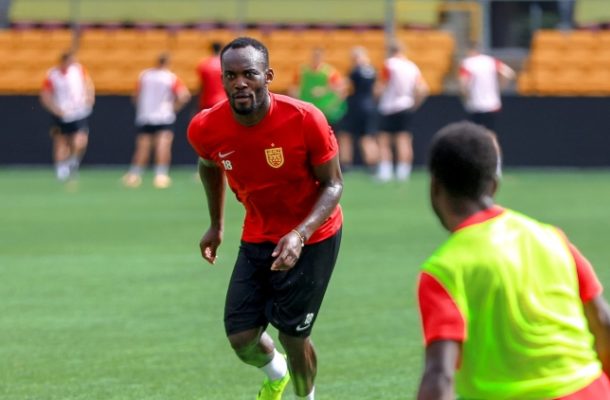 The 37 year old will be a part of the coaching staff for Danish side FC Nordsjaelland for the 2020/2021 season.

Essien has been doing his coaching badges since entering into the twilight of his career and this will be the first step into management.

An  official statement from the club reads: "FC Nordsjælland has signed the former Black Star, Lyon, Real Madrid, and Chelsea player as part of the club's coaching staff for the season 2020/2021."

"A few weeks ago, 37-year-old Michael Essien visited FC Nordsjælland as an inspirational trip in relation to him doing his coaching badges."

"Here he had the opportunity to be part of the work around both the Superligateam, several of the club's academy squads, and got to understand teaching and development of young players outside the pitch in FCN.

"Now Essien himself will be able to contribute to this since he has accepted to become part of the club's coaching staff in the upcoming season, with the title of Player Coach, under the guidance of Head Coach Flemming Pedersen."