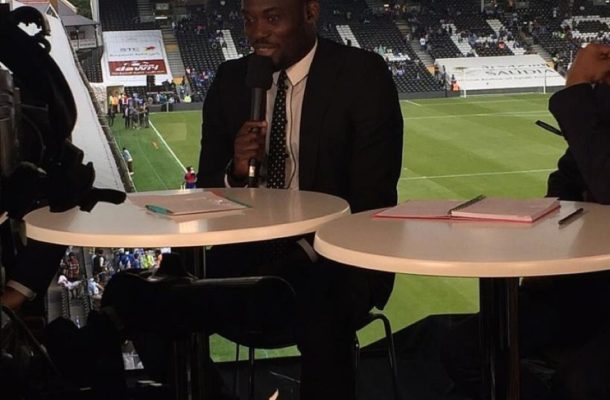 Following his debut as a football pundit on MBC Sports on Monday August 8, Ghana and Chelsea legend Michael Essien says he is in love with the new occupation.

The former Ghana international a panel member of the popular television as a pundit during the Saudi Super Cup game between Al Ahli and Al Hilal played in London. 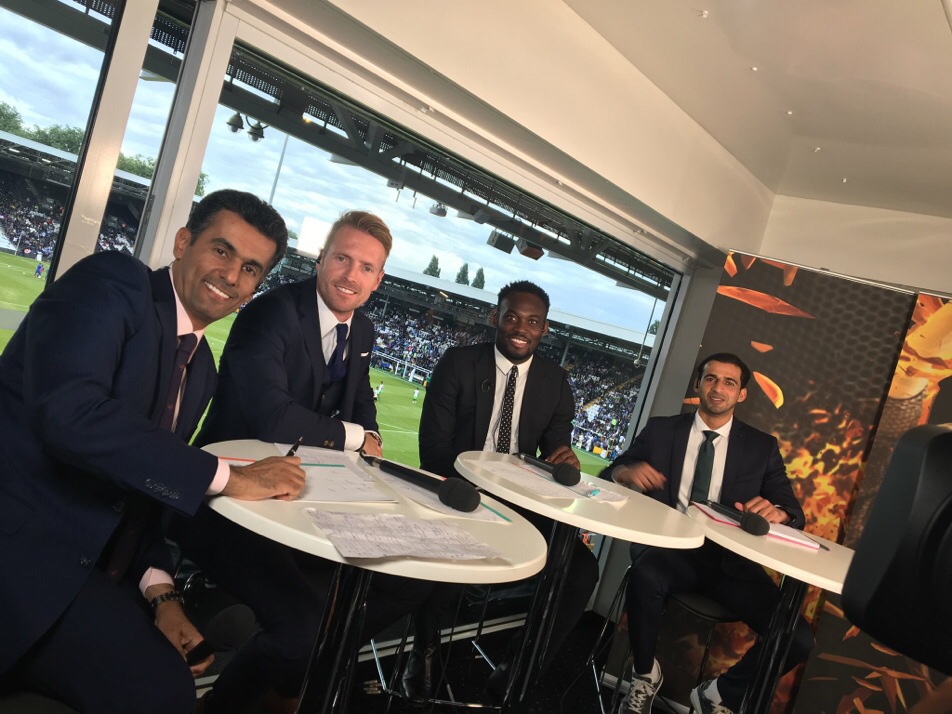 Essien joined the panel on set for the Saudi-based MBC Sports in a makeshift studio built at Craven Cottage for the game which saw Al Ahli claim the 2016 Saudi Super Cup with a 4-3 penalty shootout win after a 1-1 draw with Al Hilal.

The Former Chelsea and Madrid Midfielder jumped on his twitter page to express his joy on his new job.