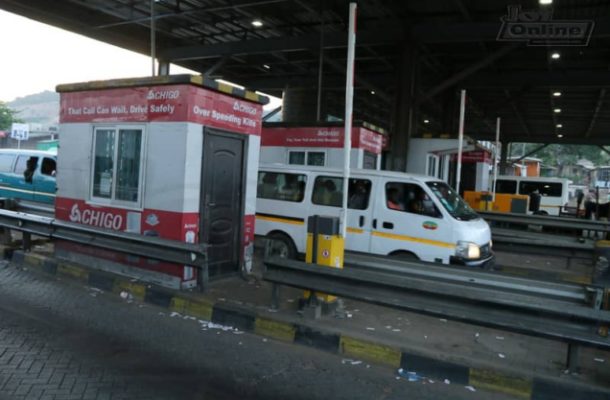 The Minister for Finance, Ken Ofori-Atta, during a press conference following the presentation of the proposed 2022 Budget and Economic Statement indicated that Ghana would lose about GH¢78 million should the road toll be abolished.

The figure translates to the country losing over GH¢200,000 daily with the road tolls not being collected.

Ken Ofori-Atta, during the presentation of the 2022 budget, asked that the road toll be abolished by Parliament in 2022 should the budget be accepted. However, the Minister for Roads and Highway, Kwasi Amoako-Attah, on the very next day ordered the cancellation of the road tolls.

This leaves the following questions: Is this an illegality, and does it amount to the roads minister causing financial loss to the state?

In Ghana, the criminal offences code section 179A of the Criminal Code, 1960 (ACT 29) addresses financial loss to the state. Clause two of the code states that “any person who in the course of any transaction or business with a public body or any agency of the State intentionally causes damage or loss whether economic or otherwise to the body or agency commits an offence.”

Ghana's constitution is very clear on who makes and unmakes laws and the body supposed to enforce them. The legislature makes the laws, the executive led by the president and his cabinet ministers enforce these laws.

Article 92(2) of the Constitution states that no person or body other than Parliament has the power to pass any measure with the force of law except by or under the authority conferred by an Act of Parliament.

The article also indicates that the legislative function consists of passing bills, scrutinizing statutory instruments, and deciding whether to annul them or allow them to take effect by the effluxion of time.

Article 174 of Ghana’s constitution states that “no taxation shall be imposed otherwise than by or under the authority of an Act of Parliament. Clause 2 of the article further states that “where an Act, enacted in accordance with clause (1) of this article, confers power on any person or authority to waive or vary a tax imposed by that Act, the exercise of the power of waiver or variation, in favour of any person or authority, shall be subject to the prior approval of Parliament by resolution”.

In addition, a resolution requires the support of not less than two-thirds of all members of Parliament.

By the roads minister's action, we observe that an executive (a minister) is unmaking a law instead of enforcing it. Ghana's Speaker of Parliament, Alban Kingsford Sumana Bagbin, on November 18, 2021, directed that the roads minister reverse his decision to suspend the collection of road tolls because the minister acted wrongly.

Kwasi Amoako-Attah then explained that he took the decision to avert possible violence at the toll booths caused by people misunderstanding the statement of the finance minister. He did not reverse his decision, and unfortunately, the road tolls were not collected before the 2022 budget took effect.

This matter should really be looked at by state agencies, including the courts and the Special Prosecutor, so it does not set the wrong precedence.