Ghana Is Not Safe - Joe Ghartey 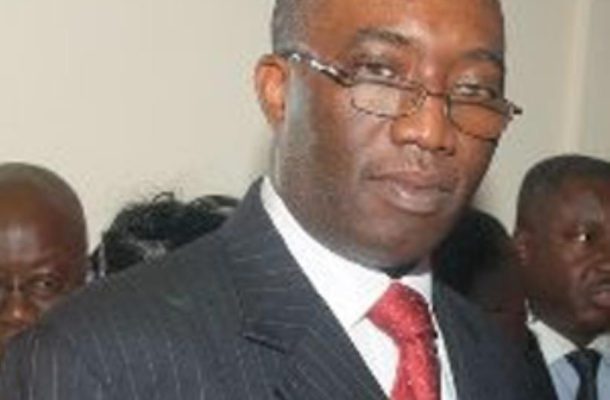 The Second Deputy Speaker of Parliament and Member of Parliament (MP) for Essikado in the Western Region, Joe Ghartey, has raised the alarm over what he says is a general insecurity system in the country.

Joe Ghartey contends that Ghana today, is in a state of insecurity because of the misstep and eagerness by the ruling government to clinch on to power, despite being unpopular.

Speaking in an interview with Kumasi-based ASHH FM, Joe Ghartey stated that the situation is putting fear in the Ghanaian populace. He said, currently, traders who travel by road do not feel secure because of the activities of unscrupulous elements and criminals in the country, stressing: "It is now dangerous to drive in the night."

The Second Deputy Speaker of Parliament, however, pledged that a Nana Akufo-Addo-led government will restore the confidence of Ghanaians by increasing the presence of police in the country.

"Very soon, we will outdoor our manifesto, and we are going to bring back security into the country," he added. Joe Ghartey also expressed shock about the involvement of police personnel in armed robbery.

He questioned the process the police used to recruit people into the service. "What is the process, why is this happening in our society? Why has our society reached a point that even the people who are supposed to guard us are stealing from us?" he asked.

He said the lives of most commercial and private drivers were at risk, especially in the night. The Essikado Legislator revealed that the NPP government is going to strengthen the security system in the country when given the nod.

He disclosed that the NPP new government is going to continue uncompleted projects across the country. The former Attorney General and Minister of Justice further assured Ghanaians that a Nana Addo-led government will run a matured and efficient government, that will ensure judicious and prudent use of resources for the development of the people.