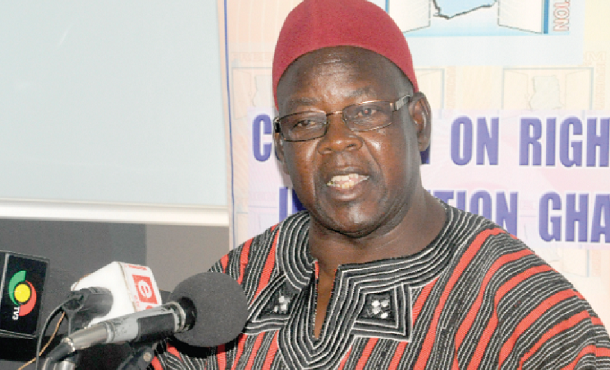 An Anti-Corruption Campaigner, Vitus Azeem, says Ghana is trailing compared to other countries in fight against corruption because of weak leadership and the lack of political will.According to him, aside the series of news items highlighting allegations of corruption, successive governments have not done enough to fight the canker.Speaking with Class News’ Blessed Sogah, he added that most Ghanaians expect favours from relatives and friends in authority, and that together with some political issues have rendered corruption normal in the country.He, however, believes with a strong leadership and solid political will to fight the menace, the country can overcome corruption.“So far we have not been doing well…there isn’t any evidence that we are doing well in the fight against corruption,” he said.For him, Ghana is “not succeeding” and it appears that “we are not serious with the fight against corruption”.Meanwhile, the Commission on Human Rights and Administrative Justice (CHRAJ), has urged government to cut down on budgetary allocations to Agencies failing to implement the National Anti-Corruption Action Plan.According to CHRAJ Boss, Joseph Wittal, having a sanction regime in place could be a sure way of ensuring compliance.Source: ClassFMonline.com