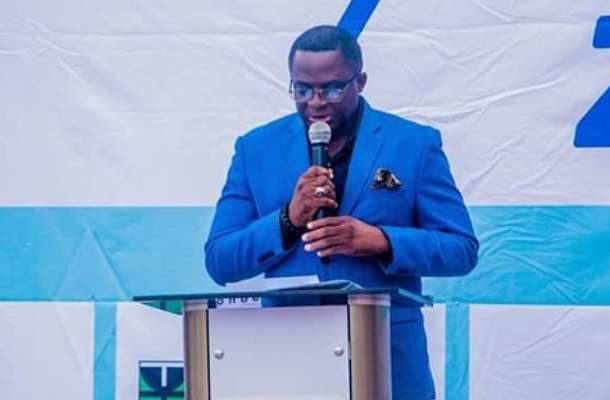 A meeting has been held on Tuesday, 20th April, 2021 between Mr. Mohammed Mahadi, third vice President of the Ghana Olympic Committee (GOC) and Mrs. Nese Gundogan, Secretary General of the Turkish Olympic Committee on how Ghana can host a successful African Games in 2023.

President Mahadi who is also the President of Ghana Fencing Federation moved into action by meeting the Secretary General of the Turkish Olympic Committee to discuss the possibilities of supporting Ghana to successfully host the Africa Games also called the African Olympic Games.

As Ghana prepares towards the Africa Games and most of facilities to host the games might not be ready for an effective 18 months training and preparation, the visionary leader of the Ghana Olympic Committee President Ben Nunoo Mensah tasked the International Relations subcommittee under the chairmanship of Mr. Mohammed Mahadi, the third vice president of GOC to do everything possible to get the advanced countries to open their  elite sports centers  for our various sporting disciplines that will fetcher the African Games in 2023 and facilitate various MOUs that will for the benefits of both countries.

“We have two major tournaments in front of us that’s 2022 Commonwealth Games and 2023 Africa Games and most of the challenges we are facing is infrastructures and equipment’s to train.

“We are having a discussion with a lot of National Olympics Committee to open their doors for us to have exchange program and also sign MoUs so that we can go there to train” Mr. Mahadi said.

“The reason why we went to Turkey is that they are looking up to qualify many athletes to the Olympics Games and Turkey is ready to welcome Ghana to prepare towards those tournaments”, he added.

President Ben Nunoo Mensah has stated that it is the vision of His Excellency President Nana Addo Danquah Akufo Addo and the sports Minister Hon. Mustapha Usif to host this Championship and win handsomely.